Ahead of AMD's Q3 Earnings: Ryzen and EPYC Products in Focus

Continued strength witnessed in EPYC (especially second-generation EPYC processors) and Ryzen products’ adoption is likely to have contributed to AMD’s revenue numbers in the third quarter.

Moreover, coronavirus crisis induced shelter-in-place orders led to an increase in user engagement for gaming and game streaming. This is bolstering demand for gaming PCs and hardware, which is likely to have boosted the adoption of AMD’s mobile graphic processor units (GPUs) in the third quarter. This, in turn, is expected to have benefited the to-be-reported quarter’s performance.

However, increasing investments on product development and platform to retain its competitive stance is likely to have affected profitability in the to-be-reported quarter.

Click here to know how the company’s overall Q3 performance is expected to be.

Solid uptake of second generation EPYC processors is anticipated to have bolstered server revenues in the to be reported quarter.

Alphabet’s (GOOGL - Free Report) Google Cloud’s latest Confidential Virtual Machines (“VMs”) are leveraging second-generation EPYC processors’ Secure Encrypted Virtualization feature to help customers encrypt sensitive data not only when it is at rest, but also while it is being processed.

Also, the second-generation EPYC processors along with Radeon Instinct GPUs were implemented by several research facilities including Stanford School of Medicine, and The University of Texas, which are engaged in finding coronavirus vaccine to expedite research work.

Meanwhile, at the second quarter conference, management noted that it expects Semi-custom revenues to gain from production increase to support the launch of the latest Xbox Series X and PlayStation 5 gaming consoles scheduled for holiday season of 2020.

Higher EPYC server processor sales and momentum in deals wins are expected to have contributed to the third-quarter Enterprise, Embedded and Semi-Custom revenues.

Notably, the Zacks Consensus Estimate for Enterprise, Embedded and Semi-Custom segment for the third quarter is pegged at $1.087 million, representing an increase of 107% from the prior year quarter figure.

Encouraging trend in PC shipments in the third quarter, driven by increased demand and improvement in the supply chain is expected to have favored the segment’s performance. Per IDC report, PC sales were up 14.6% year over year to 81.3 million units during the September-end quarter.

AMD, currently carrying a Zacks Rank #2 (Buy), is expected to witnessed steady demand for Ryzen PRO 4000 Series Mobile processors, in the third quarter due to continuation in work from home trend. These processors enhance remote work capabilities of the commercial notebooks and facilitate advanced computing performance to boost business productivity.

Moreover, the company has expanded Ryzen Threadripper PRO Processor family of processors with up to 64 cores and enhanced bandwidth performance integrated with enterprise-grade AMD PRO technologies.

The company also rolled out Radeon Pro 5000 series GPUs for Apple’s 27-inch iMac in August 2020. These new GPU processors feature RDNA graphics architecture and are based on 7 nm process technology. 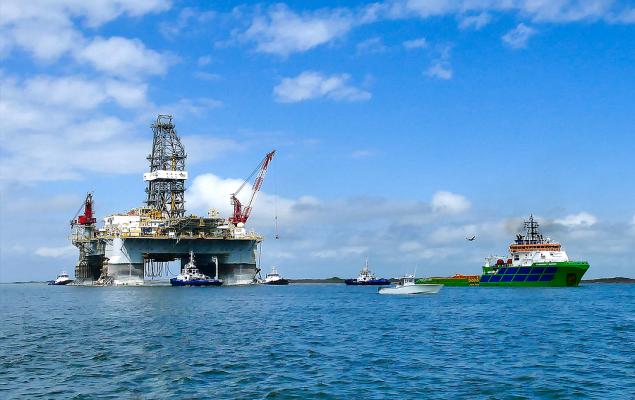