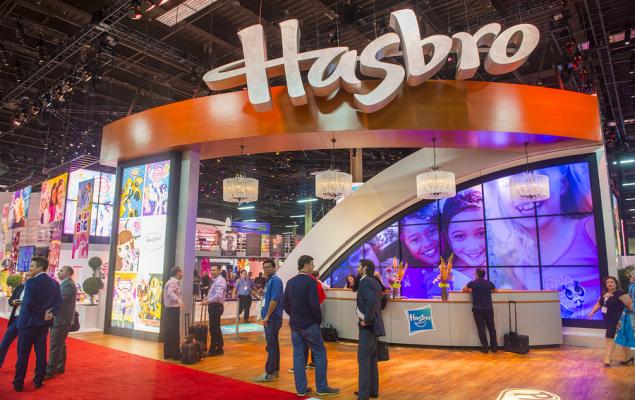 Hasbro, Inc. (HAS - Free Report) reported third-quarter 2020 results, wherein both earnings and revenues surpassed the Zacks Consensus Estimate after missing the same in the previous quarter.

The company’s results in the quarter benefited from innovative product line, convincing marketing campaigns and growth in toys, games and digital. It expects to deliver solid holiday season results. The company also announced that live entertainment production is returning.

The Franchise Brand reported revenues of $807.6 million, up 4% year over year driven by growth in MAGIC: THE GATHERING, and Hasbro Gaming.

Partner Brands’ revenues declined 4% from the prior-year quarter to $409.2 million.

Revenues at Hasbro Gaming amounted to $239.2 million, reflecting an improvement of 3% from the prior-year period. Moreover, its total gaming category revenues climbed 21% to $543.1 million.

Meanwhile, revenues from TV/Film/Entertainment declined 28% year over year to $165.7 million.

Regionally, net revenues at the U.S. and Canada segment rose 9% to $977.1 million in the quarter. Moreover, adjusted operating margin increased to 26.9% from the prior-year quarter’s figure of 21.6%. The segment benefited from increase in Franchise Brands, led by MAGIC: THE GATHERING. Robust Emerging Brands and Hasbro Gaming performance also contributed to the segment’s results.

The International segment’s revenues amounted to $517 million, which declined 8% year over year. The segment’s adjusted operating margin came in at 12.4% compared with 12%  in the year-ago quarter. The segment’s results in the quarter were impacted by dismal performance of Latin American region, which was mitigated by growth in European region.

Meanwhile, revenues at the Entertainment, Licensing and Digital segment — which was previously called Entertainment and Licensing — decreased 23% year over year to $89 million. Moreover, the segment’s adjusted operating margin increased to 36.8% from the prior-year quarter’s figure of 21.2%.

The newly formed eOne segment reported revenues of $193.5 million, down 32% year over year. The downside can be attributed to decline in TV and Film revenues and lower Family Brands revenues. Moreover, the segment’s adjusted operating margin came in at negative 0.6%, against 15.9% in the prior-year quarter.