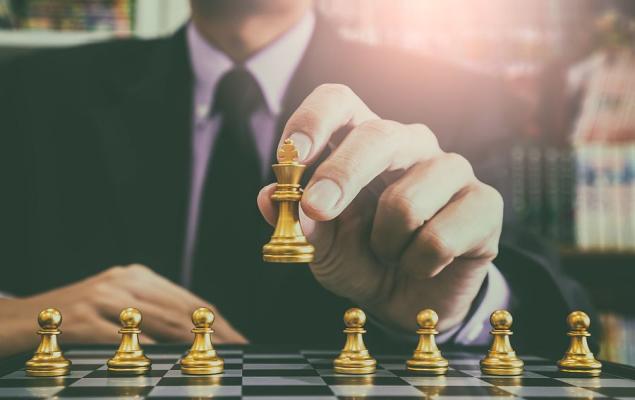 Shell (RDS.A) Gears Up for Q3 Earnings: What's in Store?

The current Zacks Consensus Estimate is pegged at a loss of 6 cents for the to-be-reported quarter.

Against this backdrop, let’s delve into the factors that might have impacted the company’s September-quarter performance.

The upstream production is projected between 2,150 and 2,250 thousand barrels of oil equivalent per day (boe/d) after adjusting the impact of hurricanes in the Gulf of Mexico. The year-ago output was recorded at 2,606 thousand boe/d. However, Shell had earlier predicted its third-quarter 2020 upstream volumes to be 2,100-2,400 thousand boe/d. Taking into account the lower realized liquid prices, Shell expects to incur adjusted loss from this segment.

Shell estimates third-quarter oil product sales in the band of 4,000-5,000 thousand barrels per day. This indicates a 25.7% decrease from the year-earlier quarter’s reported number due to a dramatic drop in demand stemming from the adverse COVID-19 impact. It is assumed that the upper end of the estimate will be met. The Netherlands-based company anticipates its refinery availability between 64% and 68%.

The company’s chemical sales volumes are predicted between 3,700 and 4,000 thousand tons with plant utilization of 79-83%. Further, Shell expects adjusted earnings to be affected to the tune of $100 million due to weak provisions and maintenance activities.

The company expects third-quarter LNG liquefaction volumes to contract to 7.9-8.3 million tonnes from its previous year’s quarterly output of 8.95 million tonnes. Moreover, its segmental production is forecast in the 820-860 thousand boe/d band, down from the year-earlier period’s output of 957 thousand boe/d.

The proven Zacks model does not conclusively predict an earnings beat for Shell this time around. The combination of a positive Earnings ESP and a Zacks Rank #1 (Strong Buy), 2 (Buy) or 3 (Hold) increases the chances of beating estimates. But that’s not the case here as elaborated below.

Earnings ESP: Shell has an Earnings ESP of 0.00%. This is because the Most Accurate Estimate and the Zacks Consensus Estimate are pegged at a loss of 6 cents per share each.

Zacks Rank: Shell currently carries a Zacks Rank #3, which increases the predictive power of ESP. However, the company’s 0.00% ESP in the combination makes surprise prediction difficult for the stock this earnings season.

However, the bottom line compared unfavorably with the year-ago profit of 84 cents. This underperformance mainly emanated from the coronavirus-induced commodity price collapse.

As far as its earnings surprises are concerned, this Hague-based company’s bottom line trumped the Zacks Consensus Estimate in three of the trailing four quarters and missed the same in the remaining period, the average surprise being 52.41%. This is depicted in the graph below:

While earnings outperformance looks uncertain for Shell, here are some firms worth considering from the energy space on the basis of our model, which shows that these have the perfect combination of ingredients to deliver a positive surprise this reporting cycle:

Parsley Energy, Inc. (PE - Free Report) has an Earnings ESP of +18.86% and is a #3 Ranked player, currently. The company is scheduled to release earnings on Oct 28.

Oceaneering International, Inc. (OII - Free Report) has an Earnings ESP of +33.91% and a Zacks Rank of 3, currently. The company is scheduled to release earnings on Oct 28. You can see the complete list of today’s Zacks #1 Rank stocks here.

Concho Resources Inc. (CXO - Free Report) has an Earnings ESP of +5.60% and is Zacks #3 Ranked, currently. It is scheduled to release earnings on Oct 28.