It is worth mentioning here that the company is in the process of switching into a December-ending reporting period in 2020. Earlier, its reporting period ended March every year. This step has been taken to help investors better evaluate its operating and financial performance compared with most of its peers.

The machinery company’s adjusted earnings in the reported quarter were 47 cents per share, surpassing the Zacks Consensus Estimate of 37 cents. However, the bottom line decreased 7.8% from the year-ago quarter number of 51 cents due mainly to lower sales generation and a fall in margins.

In the reported quarter, Rexnord’s net sales were $493.6 million, decreasing 5.3% from the year-ago quarter. The results suffered from a 7% decline in core sales, partially offset by a 1% positive impact from foreign currency translations and a 1% gain from acquired assets.

However, the company’s net sales surpassed the Zacks Consensus Estimate of $469.9 million.

On a geographical basis, it generated sales of $363.3 million from the United States and Canada, reflecting a decline of 8.5% from the year-ago quarter. Sales from Europe expanded 3.3% year over year to $75.7 million and that from the rest of world increased 7.1% to $54.6 million.

Revenues from Process & Motion Control totaled $293.9 million, down 12.8% year over year. It represented 59.5% of the company’s quarterly net sales. Core sales in the quarter decreased 13% year over year due to lower demand in the geographies and end markets served.

Water Management’s revenues, representing 40.5% of net sales, were $199.7 million, up 8.4% year over year. Core sales in the quarter increased 5%, while acquired assets (Just Manufacturing Co. in January 2020) contributed 3% to sales growth. The rise in core sales was driven by a high demand for hygienic and touchless solutions.

In the reported quarter, Rexnord’s cost of sales decreased 4% year over year to $300.5 million. It represented 60.9% of net sales versus 60.1% recorded in the year-ago quarter. Gross margin decreased 80 basis points (bps) to 39.1%. Selling, general and administrative expenses of $105.1 million decreased 3.4% year over year and represented 21.3% of net sales versus 20.9% in the year-ago quarter.

Adjusted earnings before interest, tax, depreciation and amortization (EBITDA) were $108.5 million, down 7.6% year over year. Adjusted EBITDA margin was 22%, down 70 bps from the prior-year quarter. For the Process & Motion Control segment, adjusted EBITDA margin decreased 210 bps to 20.9%, while that for the Water Management segment expanded 60 bps to 28%.

Exiting the September-end quarter, Rexnord had cash and cash equivalents of $326.6 million, reflecting a 7.6% decline from $353.4 million recorded in the last reported quarter. Long-term debt increased 3.9% sequentially to $1,192.6 million.

Notably, the company repaid $331.8 million of debt in the six months ended September 2020.

In the six months ended September 2020, it generated net cash of $113.8 million from operating activities, increasing 31.9% year over year. Capital investment for purchasing property, plant and equipment rose 15.9% to $15.3 million. Free cash flow was $98.5 million, increasing from $73.1 million in the year-ago comparable period.

During the six months ended September 2020, the company paid out dividends amounting to $19.2 million. In the September-end quarter, it started its shares buyback activities — having bought shares worth $15 million — after a temporary halt due to the pandemic.

Five days before the earnings release on Oct 27, the company’s board of directors approved the payment of a quarterly dividend of 8 cents per share to shareholders of record as of Nov 20. The disbursement will be made on Dec 7.

Going forward, Rexnord anticipates benefiting from a diversified business structure, operational execution and supply-chain optimization, and footprint-repositioning programs (“SCOFR”). It predicts cost savings (structural) of $12-$14 million for 2021 from the third phase of SCOFR.

The company is wary about the difficult macro conditions due to the pandemic for the rest of calendar 2020. For the December-end quarter, it expects a year-over-year decline of 7-11% in core sales. Adjusted EBITDA for segments is predicted to be 21.5-23%. Corporate expenses for the quarter will likely be $9 million.

With a market capitalization of $3.9 billion, Rexnord currently carries a Zacks Rank #2 (Buy).

In the past 60 days, bottom-line estimates for these companies have improved for the current year. Further, positive earnings surprise in the last reported quarter was 25.76% for Franklin Electric, 46.15% for Regal Beloit and 66.67% for Plug Power. 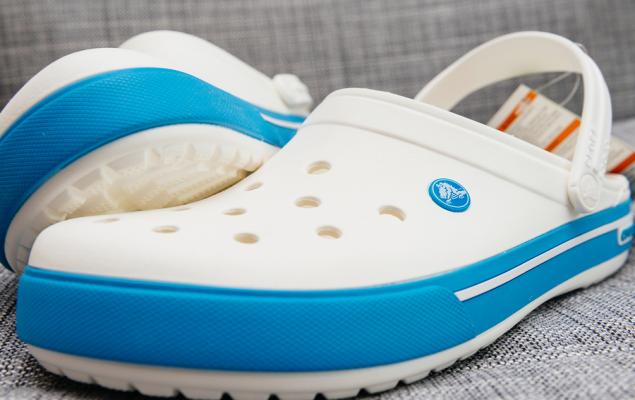