Adjusted earnings per share of $1.41 beat the Zacks Consensus Estimate by 45.4% but were flat year over year. Total revenues of $3.47 billion beat the consensus mark by 5.4% but declined 1% year over year on a reported basis as well as on an organic constant-currency basis. 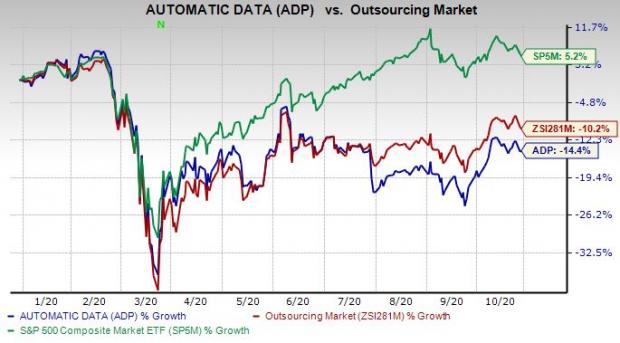 PEO Services revenues were up 4% year over year to $1.09 billion. Average worksite employees paid by PEO Services were 547,000, down 3% from the prior-year quarter.

The company generated $481.9 million of cash from operating activities in the quarter. Capital expenditures were $43.5 million. The company paid out dividends worth $391 million and repurchased shares worth $213.6 million.

What's in Store for Ligand (LGND) This Earnings Season?