ROKU Gears Up to Report Q3 Earnings: What's in the Cards?

The Zacks Consensus Estimate for third-quarter revenues is pegged at $370.6 million, indicating 42% growth from the year-ago quarter reported figure.

Moreover, the consensus mark for loss has remained steady at 41 cents per share in the past 30 days. The estimated figure is much wider than loss of 22 cents reported in the year-ago quarter.

The company’s earnings beat the Zacks Consensus Estimate in the trailing four quarters, the average surprise being 17.3%.

Investor focus will be on active accounts growth, which is an important metric for Roku. The popularity of its free, ad-supported platform, The Roku Channel is expected to have aided active accounts growth in the third quarter of 2020. The ability to access free and premium content on the same platform has been a huge attraction for subscribers.

In the second quarter, Roku added 30 new channels and Live TV channel guide on The Roku Channel, which is expected to have boosted user engagement in the to-be reported quarter.

Notably, the Zacks Consensus Estimate for third-quarter active accounts and ARPU is pegged at 45.29 million and $26.13, respectively, indicating an increase of 40.2% and 15.7% from the year-ago reported figures.

The expected solid surge in active accounts and viewing may have been the result of the COVID-19 outbreak that forced more and more people to follow social distancing guidelines.

Additionally, streaming hours growth is expected to have boosted TV streaming advertising on Roku’s platform. The consensus mark for streaming hours stands at 15.7 billion, implying an increase of 52.4% from the year-ago quarter’s reported figure.

On Jul 1, Roku announced the addition of Peloton app, Peloton Interactive’s virtual fitness platform for Roku streamers. The Peloton Roku app is available in the United States from Jul 1 and in Canada from Jul 2

Moreover, in the second quarter, The Roku Channel started streaming in the U.K., comprising more than 10000 movies, TV episodes and documentaries, which is expected to have boosted streaming hours in the to-be reported quarter. The channel is available to consumers with a Roku streaming player, Roku TV, NOW TV device or Sky Q box.

However, advertising business is expected to have witnessed video ad campaign cancellations or delayed starts, primarily from categories including travel, quick-serve restaurants, theatrical and automotive among others that were severely hit by stay-at-home policies.

Nonetheless, Roku kicked off its new OneView ad platform in June-end, with launch partners, Drizly, Experian, Intuit TurboTax and Lexus. The ad platform is designed to help advertisers use TV identity data to create ads across OTT, desktop and mobile from a single hub.

Moreover, Roku launched a shopper data program in June that is designed to improve targeting and measurement of TV advertising for CPG marketers.

Further, the launch of streaming services — Apple TV+ and Disney+ — on Roku’s platform is expected to have aided Platform revenues, which accounted for 68.7% of revenues in the second quarter.

The consensus mark for Platform revenues is pegged at $275 million, indicating growth of 53.6% from the figure reported in the year-ago quarter.

However, the bottom line is expected to have been weighed down by cost escalations, resulting from increased marketing expenses related to international expansion and content additions in the to-be reported quarter.

On Sep 19, Roku announced reaching a carriage distribution deal with NBC Universal. The deal will keep NBC News, NBC Sports, E!, Bravo and the rest of NBCUniversal's apps on Roku. Moreover, the new Peacock streaming service will be available to Roku customers.

According to the Zacks model, the combination of a positive Earnings ESP and Zacks Rank #1 (Strong Buy), 2 (Buy) or 3 (Hold) increases the odds of an earnings beat.

Roku has an Earnings ESP of +9.20% and a Zacks Rank #3. You can uncover the best stocks to buy or sell before they’re reported with our Earnings ESP Filter.

Here are a few other companies, which, per our model, have the right combination of elements to post an earnings beat in their upcoming release. 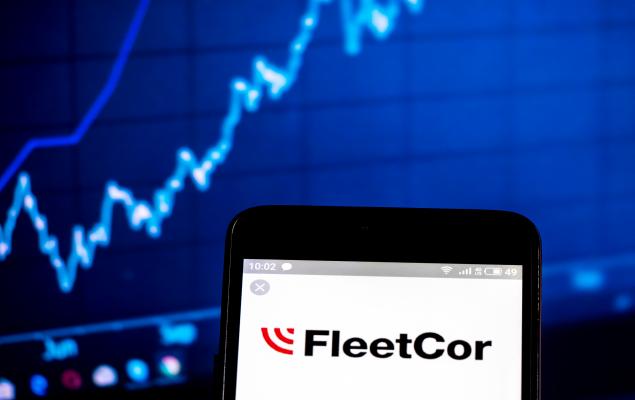 FLEETCOR (FLT) to Report Q3 Earnings: What's in the Cards?