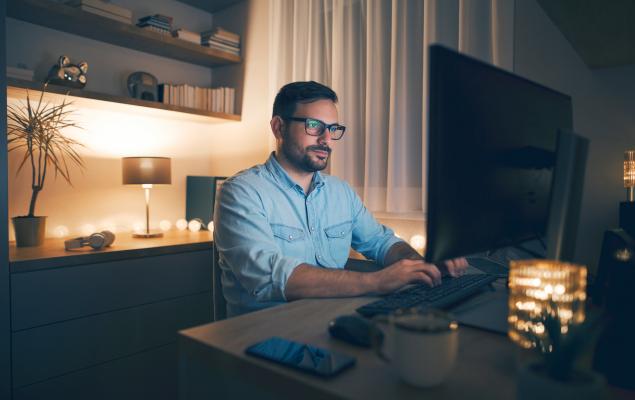 The Zacks Consensus Estimate for revenues currently stands at $287.03 million, indicating growth of 23% from the year-ago quarter’s reported figure.

Moreover, RingCentral expects earnings to be 24 cents per share.

The consensus mark for earnings has remained unchanged at 24 cents per share over the past 30 days. The company had reported loss of 6 cents per share in the year-ago quarter.

Notably, the company’s earnings surpassed the Zacks Consensus Estimate in the trailing four quarters, the average being 11.53%.

RingCentral is a dominant name in the cloud-based Unified Communications as a Service space. The company has been benefiting from a continual shift to the cloud, as well as the trend toward convergence in business communications.

During the quarter, the company expanded its unified communications platform including team messaging, video meetings, and cloud phone system in Germany with a new datacenter in Frankfurt, and a new office in Hamburg, Germany.

Moreover, the coronavirus-induced remote-working trend is expected to have expanded its subscriber base in the to-be-reported quarter.

Notably, momentum enterprise business (RingCentral Office subscribers that generate $25,000 or more in annual recurring revenues) drove the second-quarter top line, a trend that most likely continued in the third quarter on the back of a burgeoning RingCentral Office customer base due to the work-from-home wave.

Moreover, a strong partner base that includes the likes of AT&T, Telus, BT, Atos and Altura is expected to have benefited the top line.

During the quarter, RingCentral expanded its strategic partnership with Atos by launching a co-branded UCaaS solution called Unify Office (UO) by RingCentral. The expanded partnership will include Unify Office as the exclusive UCaaS offering for the 40 million user installed base of the Atos Unify product family.

Atos will bring added value to RingCentral’s leading UCaaS offering through the exclusive compatibility of the Atos Unify family of devices and market leading services capabilities.

Additionally, RingCentral released the first Unify Office (UO) by RingCentral in France in collaboration with Atos SE. It will also be available in Austria, Belgium, Ireland, Italy, Spain and The Netherlands.

Meanwhile, integrations with NetSuite, Salesforce and Microsoft Teams are likely to have strengthened RingCentral’s product offerings and effectiveness among enterprises, thereby driving its user base and subscription revenues.

Moreover, the company’s solid footprint among public sector enterprises, hospitals and education space is noteworthy. During the quarter, RingCentral’s solution was selected by PM Pediatrics to help meet the rapid acceleration of patient and staff communications needs amid the COVID-19 pandemic.

Moreover, Mindbody, the leading technology platform for the wellness industry, adopted RingCentral’s unified cloud communications platform to keep its distributed, global workforce connected from anywhere on any device, across the United States, United Kingdom, and Australia.

During the quarter, RingCentral announced the launch of RingCentral Video (RCV), a reimagined video meetings experience for businesses in Europe.

RingCentral has an Earnings ESP of 0.00% and a Zacks Rank #3. You can uncover the best stocks to buy or sell before they’re reported with our Earnings ESP Filter.

TEGNA Inc. (TGNA - Free Report) has an Earnings ESP of +15.39% and carries a Zacks Rank of 1 (Strong Buy), currently. You can see the complete list of today’s Zacks #1 Rank stocks here.

Take Two Interactive Software (TTWO - Free Report) has an Earnings ESP of +7.51% and is Zacks #3 Ranked.