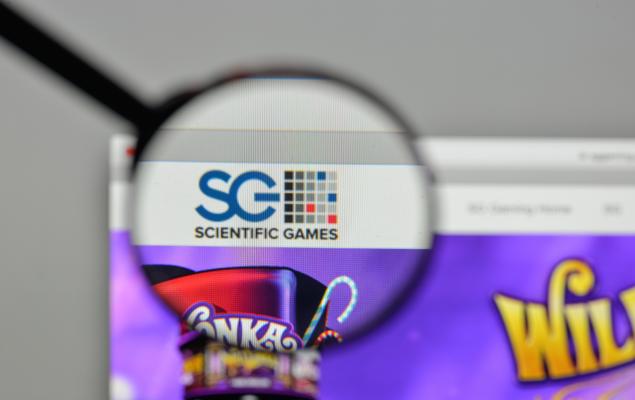 Scientific Games Corporation (SGMS - Free Report) reported a loss of $1.23 per share for third-quarter 2020. The company had reported earnings of 15 cents per share in the year-ago quarter.

Revenues came in at $698 million, down 18.4% year over year. The decline primarily resulted from decline in Gaming revenues due to continued reduced operations of casino operators globally as a result of coronavirus-led business disruptions.

Notably, the Zacks Consensus Estimate for earnings and revenues was pegged at loss of 76 cents per share and $663 million, respectively.

Gaming revenues (33.1% of revenues) decreased 49.1% year over year to $231 million. The company’s Gaming revenues were negatively impacted by COVID-19 disruptions that resulted in continued reduced operations of casino operators in various jurisdictions globally.

Notably, as of Nov 4, 90% of domestic casinos have reopened including New York commercial casinos (a large market that opened in mid-September).

During the quarter, Scientific Games announced their latest lottery entertainment innovations with the new 7-11-21 LIVE! game, available to state lotteries in the United States.

Markedly, Lottery instant ticket sales are up over 20% for instant game retail sales in the most recent twelve-week period compared to the same period last year. During the quarter, the company launched its first advanced lottery self-service instant ticket vending technology with PlayCentral HD in Sachsenlotto Lottery located in Saxony, Germany.

SciPlay revenues (21.6% of revenues) climbed 30.2% year over year to $151 million driven by increased game health, attributable to game updates and features implemented during the quarter to maximize player engagement and the stay-at-home dynamic related to COVID-19.

During the quarter, Scientific Games announced new and extended partnerships with Hard Rock, Flutter and Wynn Resorts among others.

Consolidated adjusted EBITDA (AEBITDA) decreased 31.7% year over year to $235 million. AEBITDA margin, as a percentage of revenues, contracted 660 bps to 33.7% in the reported quarter.

As of Sep 30, the company had $1.2 billion in available liquidity, which included SciPlay’s revolving credit facility.

On Oct 8, the company amended its credit agreement that extended the Covenant Relief Period under its revolving credit facility through the first quarter of 2022 and made a $100 million voluntary payment.

For 2020, the company now anticipates capital expenditure in the range of $210 million-$225 million.

Scientific Games announced that a number of long-term institutional investors — including gaming industry investor Caledonia — have reached an agreement to acquire a 34.9% stake in Scientific Games from MacAndrews & Forbes Incorporated at a price of $28.00 per share.