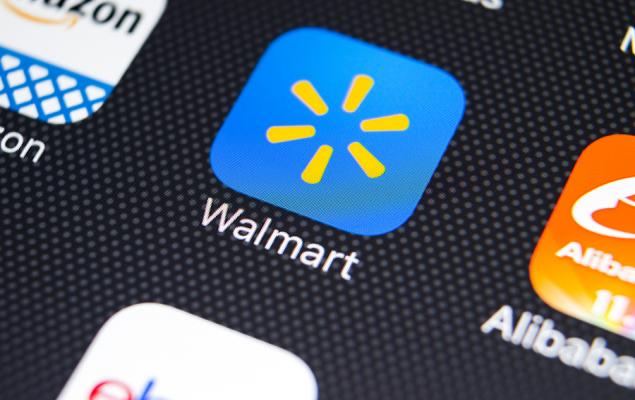 Buy Walmart Stock for Growth and Safety Before Q3 Earnings?

Wall Street and investors might be itching to pile into the travel and leisure space and other stocks that have been hampered by social distancing after Pfizer’s (PFE - Free Report) big Covid-19 vaccine announcement. The overall earnings picture is also improving and there are certainly many reasons to remain bullish.

Yet, investors might want to consider stocks that were thriving during the heart of the stay-at-home economy and will likely remain staples of broader economic growth for years. Walmart (WMT - Free Report) fits nicely into this category and it’s set to report its third quarter FY21 financial results on Tuesday, November 17.

Preparing for the Future…

The retail world is firmly in the Amazon (AMZN - Free Report) age and Walmart’s drive to compete for consumers who want as many options as possible sets it up nicely for the future. The largest U.S. retailer has multiple delivery and pick up options and its e-commerce platforms are more robust than ever.

Walmart in mid-September launched its subscription service to help it further challenge Amazon. The service, dubbed Walmart+, costs $98 a year vs. Amazon Prime’s $119, and offers unlimited free deliveries on orders worth at least $35. Members also get discounts on fuel and access to new-age in-store checkout offerings.

WMT has also tried to expand its consumer base and diversify its portfolio in a time when smaller brands can thrive online. This includes teaming up with secondhand e-commerce clothing firm ThredUp, partnering with Shopify (SHOP - Free Report) to bring more small businesses to its own third-party marketplace, and more.

Meanwhile, Walmart has spent to break further into the digital advertising business. Walmart hopes to follow Amazon’s lead that’s seen the e-commerce firm become the third-largest player in the space behind only Facebook and Google (GOOGL - Free Report) . And let’s not forget its plans to purchase a piece of TikTok.

Even though Walmart is preparing for the shifting retail landscape, brick-and-mortar is still hugely important. For instance, e-commerce accounted for only 16% of total U.S. retail sales in Q2, despite perfect conditions, up from roughly 11% in the year-ago period. It’s also worth remembering that WMT is ready to benefit from growth in the world’s second largest country, India, through its Flipkart deal.

Wall Street has rewarded WMT for its efforts, with the stock up roughly 160% in the last five years to outpace rivals Target (TGT - Free Report) and Costco (COST - Free Report) and nearly double the S&P 500. Shares of Walmart have climbed around 12% in the past three months and the stock currently hovers right near its early September records.

Despite its climb and outperformance, its valuation is hardly that stretched when we take into account its peer group, the market, and where it has traded historically. And the retailer’s 1.50% dividend yield roughly matches the S&P 500’s average and looks great compared to the 10-year U.S. treasury.

Looking ahead, Zacks estimates call for WMT’s adjusted Q3 earnings to climb 2.6% on nearly 4% stronger sales. The company’s fourth quarter outlook appears somewhat similar and its full-year sales are projected to pop 5.3% to come in at a mind-blowing $552 billion.

This would top last year’s 1.9% revenue growth and mark its strongest year since fiscal 2013. Walmart’s FY22 revenue is then projected to climb another 1.5% higher. Meanwhile, its adjusted full-year earnings are projected to climb by 8.5% and 7%, respectively.

Walmart’s overall earnings revisions have improved and it sits at a Zacks Rank #3 (Hold) at the moment. The stock also grabs “A” grades for Growth and Momentum and a “B” for Value in our Style Scores system. And WMT is part of an industry that rests in the top 35% of our more than 250 Zacks industries.

All that said, playing stocks for near-term gains around earnings is always risky. But long-term investors might want to consider it as a stable play during the coronavirus and beyond.