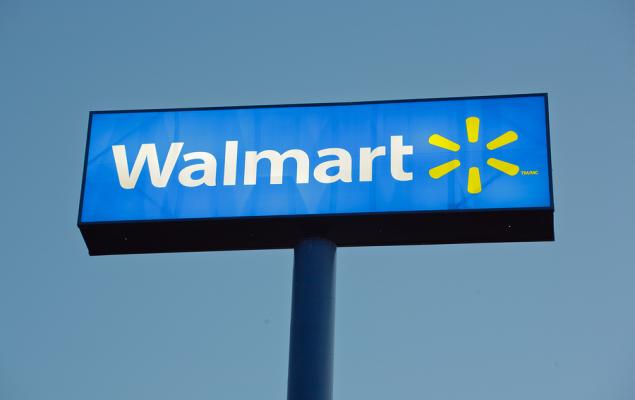 Walmart Inc. (WMT - Free Report) posted another strong quarter with the release of its third-quarter fiscal 2021 numbers. During the quarter, both top and bottom lines beat the Zacks Consensus Estimate and increased year over year. Results continued to benefit from burgeoning demand across categories amid the pandemic. Further, increased stay-at-home trends continued driving the company’s e-commerce sales.

Total revenues grew 5.2% to $134.7 billion. On a constant-currency or cc basis, total revenues advanced 6.1% to $135.8 billion. The consensus mark stood at $133 billion. The top line continued being driven by the burgeoning demand for products across different categories amid the coronavirus crisis.

Walmart U.S.: The segment’s net sales grew 6.2% to $88.4 billion in the quarter. U.S. comp sales (or comps), excluding fuel, improved 6.4% on the back of a 24% rise in ticket, partly negated by a 14.2% fall in transactions. Comps were fueled by strength in core categories like general merchandise, food and health & wellness. Walmart continued to see customers consolidating their shopping trips, leading to a bigger average basket size. Further, transaction volumes increased, thanks to extended store hours. Also, the company continued seeing an increased shift toward e-commerce.

Sales accelerated in September owing to delayed back-to-school spending, with the momentum continuing in October. Grocery sales were also robust, thanks to solid food comps. E-commerce sales drove comps by 570 bps. E-commerce sales soared 79% with strength across all channels, including robust traffic at Walmart.com. Notably, marketplace and pickup & delivery sales jumped at a triple-digit rate.

As of the third quarter, Walmart U.S. had 3,600 pickup locations and 2,900 same-day delivery locations. The company remodeled 205 stores in the quarter, alongside opening a new store. Adjusted operating income at the Walmart U.S. segment grew 9.9% to $4.6 billion.

Walmart International: Segment net sales rose 1.3% to $29.6 billion, including currency headwinds of about $1.1 billion. At cc, net sales grew 5% to $30.6 billion on the back of Walmex, Canada and Flipkart. The company saw eight out of 10 markets registering positive comps. However, the company continued witnessing pandemic-related operational hurdles, particularly in Central America and Africa.

E-commerce fueled comps by 230 bps. Markedly, e-commerce sales jumped 41% at Sam’s Club on the back of a robust direct-to-home show and increasing contribution from curbside pickup. Segment operating income came in at $0.4 billion, up 31.8% year over year.

Year to date in fiscal 2021, the company generated operating cash flow of $22.9 billion and incurred capital expenditures of $6.4 billion, resulting in free cash flow of $16.4 billion. The company allocated $1.5 billion toward dividend payments and $0.5 billion toward share buybacks during the third quarter. Walmart ended the quarter with cash and cash equivalents of $14.3 billion, long-term debt (including lease obligations) of nearly $61.6 billion and total equity of $87.5 billion.

During the third quarter, it unveiled the Walmart + membership program; announced Black Friday Deals for Days; unveiled drone delivery pilots in the United States with Flytrex, Zipline and DroneUp; declared a pilot with Cruise to test grocery delivery, introduced Walmart Insurance Services and opened three Walmart Health Centers in Georgia, among many other important developments. The company also announced the sale of Asda, as well as its Argentina business. Additionally, Walmart has announced a deal to divest a major stake in Seiyu (Walmart’s subsidiary in Japan) to KKR and Rakuten.

Shares of this Zacks Rank #3 (Hold) company have gained 28.3% in the past year compared with the industry’s growth of 24.8%.

Here's Why You Should Invest in eHealth (EHTH) Stock Now