SM Energy Company (SM - Free Report) announced that it reached an accord with a third party to finance the majority of its expenditure associated with completion works of South Texas-based six wells.

The independent upstream energy player will be co-developing three lower Eagle Ford and three Austin Chalk wells under its well completion program. All the wells are currently included under the inventory of drilled but uncompleted wells (“DUC”) of SM Energy. Notably, the company will be the operator of the wells, while maintaining 50% working interest.

Investors should know that the deal led to a reduction in SM Energy’s December quarter capital spending by roughly $15 million.

The company also mentioned the reiteration of its borrowing base and lender commitments under the senior secured revolving credit facility at $1.1 billion. Further, the upstream firm announced the extension of its second-lien debt size of roughly $380 million until the borrowing base redetermination in spring 2021.

Headquartered in Denver, CO, SM Energy is an upstream energy company. Its shares have outperformed the industry in the past month. The company’s stock has gained 75.2% compared with the industry’s 15.1% growth. 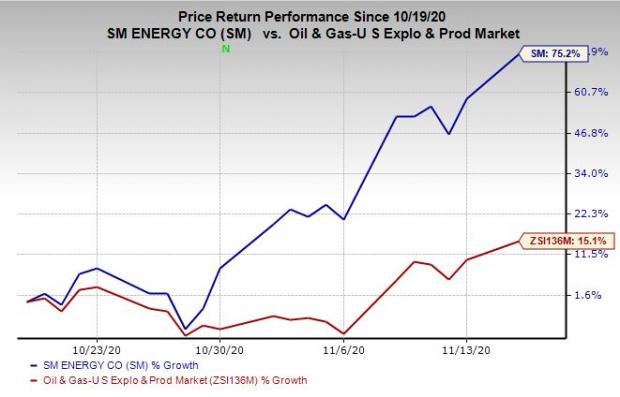