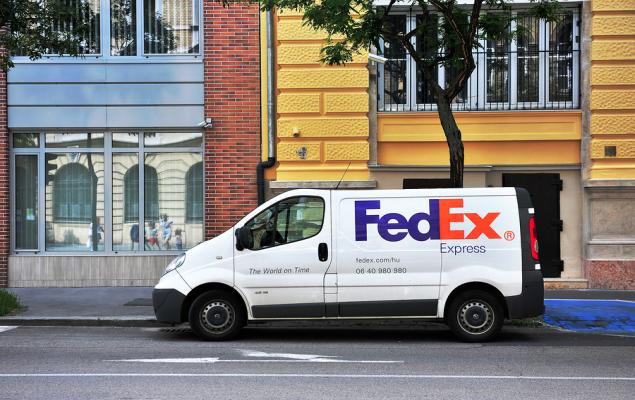 The U.S. economy rebounded in October despite facing challenges from the raging COVID-19 pandemic. Per the latest release by the Conference Board, the Leading Economic Index (“LEI”) for the United States rose 0.7% in October, following an increase of 0.7% in September. This indicated that the economy can continue to recover its lost ground. The Conference Board further stated that “widespread improvements” drove this gain even amid weakness in housing permits and “consumers’ outlook on economic conditions.”

Moreover, the economy is still projected to grow in the fourth quarter. There might however be some moderation from the accelerated pace of growth seen in the third quarter when real GDP expanded at an annual rate of 33.1%, per the “advance” estimate of the Bureau of Economic Analysis. Notably, the Conference Board expects the economy to grow at an annual rate of 2.2% in the fourth quarter.

Meanwhile, the Coincident Economic Index (“CEI”) for the United States also reported growth in October. The CEI expanded 0.5% during the month compared to a 0.4% increase in September. The Lagging Economic Index turned around in October, increasing 0.1% following a decline of 0.3% in September.

This improvement has been aided by a gradual reopening of the economy coupled with a historically low-interest rate environment. Moreover, reflective of the steady rise of the LEI, several economic data released recently, which form part of the ten components of the LEI, have also been positive. Notably, the New Orders Index of the Institute of Supply Management was reported at 67.9% in October following 60.2% reported in September. Meanwhile, another component, namely the new orders for nondefense capital goods excluding aircraft orders or core capital goods also continued to rise in September even though the growth moderated, as reported by the Commerce Department. Core capital goods orders rose 1% in September following a 2.1% gain in August, as quoted in a Reuters article.

Moreover, private housing starts, another component of the LEI, also signaled an advancement in October. The Commerce Department reported that housing starts increased 4.9% to 1.53 million from September’s revised estimate of 1.46 million, as mentioned in a BloombergQuint article.

Separately, positive news with regards to vaccine trials bode well for economic recovery. Advancements on that front will help economically-sensitive sectors that have been beaten down by the pandemic. Notably, a recent medical journal published by The Lancet shed some positive light on the vaccine front. The COVID-19 vaccine participant ChAdOx1 nCoV-19 of AstraZeneca PLC (AZN - Free Report) and the University of Oxford, appeared to be “better tolerated in older adults than in younger adults and has similar immunogenicity across all age groups after a boost dose.”

With the U.S. economy recovering from the troughs of early 2020, the stock markets will continue to do well too. This is because the performance of the stock market is linked to how the economy is performing. Moreover, further promising developments on the vaccine front will aid in the rebound. Hence, it will be prudent now to invest in stocks that are poised to experience positive earnings growth in the near term. We have handpicked five such stocks which flaunt a Zacks Rank #1 (Strong Buy). You can see the complete list of today’s Zacks #1 Rank stocks here.

AGCO Corporation (AGCO - Free Report) manufactures and distributes agricultural equipment and related replacement parts in the United States. The Zacks Consensus Estimate for its current-year earnings increased 31.5% over the past 60 days. The company’s expected earnings growth rate for the current year is 15.5%.

TopBuild Corp. (BLD - Free Report) installs and distributes insulation and other building products to the construction industry of the United States. The Zacks Consensus Estimate for its current-year earnings increased 6.6% over the past 60 days. The company’s expected earnings growth rate for the current year is 24.2%.

Century Communities, Inc. (CCS - Free Report) , along with its subsidiaries, engages in the design, development, construction, marketing, and sale of single-family attached and detached homes in the United States. The Zacks Consensus Estimate for its current-year earnings increased 17.5% over the past 60 days. The company’s expected earnings growth rate for the current year is 25.9%.

Crocs, Inc. (CROX - Free Report) , along with its subsidiaries, designs, develops, manufactures, markets and distributes casual lifestyle footwear accessories in the United States for men, women and children. The Zacks Consensus Estimate for its current-year earnings increased 27.7% over the past 60 days. The company’s expected earnings growth rate for the current year is 63.4%.

FedEx Corporation (FDX - Free Report) provides transportation, e-commerce and business services in the United States. The Zacks Consensus Estimate for its current-year earnings increased 7.4% over the past 60 days. The company’s expected earnings growth rate for the current year is 64.1%.