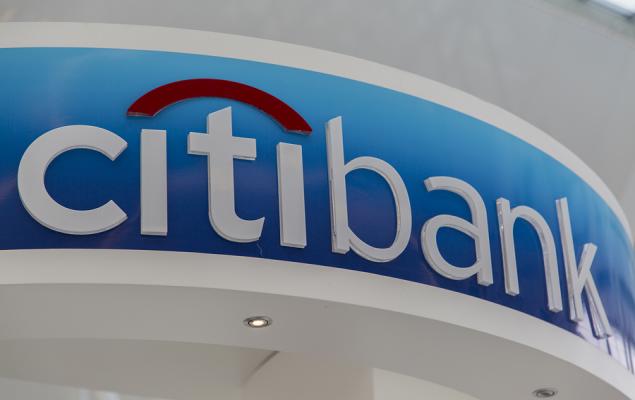 Citigroup (C - Free Report) and its rated subsidiaries’ long-term debt, deposits and counterparty risk ratings have been affirmed by Moody’s Investors Service. Also, the ratings agency maintained baa1 baseline credit assessment (BCA) of the bank subsidiary, Citibank, N.A along with all short-term ratings and assessments of the group. Notably, the ratings outlook is stable.

The ratings agency found solid capital and liquidity profile along with sound execution of strategies to simplify operations and achieve more sustainable growth sufficient to support Citibank's baa1 BCA. By simplifying operations, Moody’s reflected Citigroup’s move to service a more targeted base of institutional and consumer customers, while retaining strong economies of scale in its global cards and institutional businesses.

Also, despite making large reserves due to the coronavirus-led uncertainty, the company has been able to maintain a CET1 ratio of 11.8%, which impressed Moody’s.

Moody's left the existing assumptions of Loss Given Failure (LGF) uplift and government support unchanged for Citigroup and its subsidiaries.

The banking subsidiary’s senior debt, deposit and counterparty risk ratings were affirmed at Aa3, each four notches above the baa1 BCA. This includes three notches of LGF benefit reflecting Moody's view of an extremely low severity of loss in the event of a default and one notch reflecting a moderate likelihood of government support.

Further, Citigroup’s senior debt has been rated A3, which is reflective of expectations of low loss in case of failure. For subordinated securities issued by the holding company, Moody's advanced LGF analysis indicates a high loss-given-failure and has rated them Baa2. The ratings on more junior holding company obligations also incorporate additional downward rating reflecting the coupon suspension risk ahead of potential failure.

Nevertheless, outlook has been left at stable, given Citigroup’s involvement in regulatory challenges. In October, two of Citigroup's principal regulators took enforcement actions that required the company’s board and management to promptly address deficiencies identified by the regulators in risk management, data governance and internal controls. The company has taken remediation to be a top strategic priority and seeks to make an additional $1 billion in control investments in 2020, partly funded by savings.

Factors Leading to Change in Ratings

The ratings agency might upgrade Citigroup’s BCA is it improves earnings generation capacity even further and match asset returns to levels achieved by peers like Bank of America (BAC - Free Report) , JPMorgan (JPM - Free Report) and Wells Fargo (WFC - Free Report) . Also, per Moody's, execution of full remediation of legal matters identified by the regulatory consent order would be imperative for an upgrade.

Meanwhile, failure to make progress toward its strategic objective to strengthen its risk and control environment could result in a negative outlook on the ratings or a downgrade of the BCA. Also, ratings will be downgraded if Citigroup’s capital or liquidity levels deteriorate or if it incurs further risk incidents or witnesses a rise in its risk appetite.

Over the past six months, shares of Citigroup have gained 20.9% compared with 22.5% rally of the industry.