EPS for the fourth quarter amounted to $1.02, which surpassed the Zacks Consensus Estimate by 12.1% and rose 9.7% year over year. Revenues of $923.8 million beat the consensus mark by 6.6% and increased 22.4% year over year. The uptick was driven by the Census contract in the U.S. Federal Services Segment and new COVID-19 response work to assist governments in supporting individuals and families during the coronavirus pandemic.

Shares of MAXIMUS have lost 3.5% in the year-to-date period against 10.9% growth of the industry it belongs to. 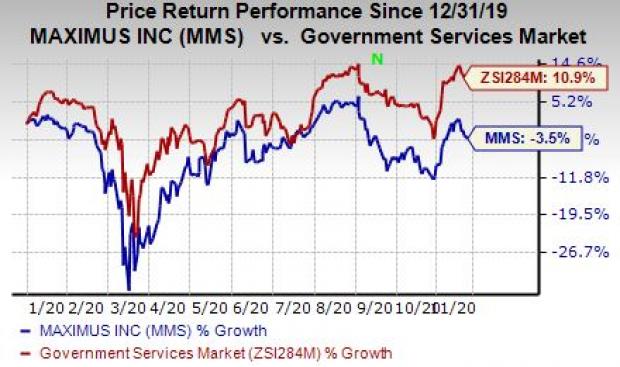 Outside the U.S. segment revenues of $129.3 million declined 9.2% year over year on a reported basis. This segment has experienced the highest impact of pandemic.

This Zacks Rank #4 (Sell) company ended the quarter with cash and cash equivalents balance of $71.7 million compared with $81.5 million in the prior quarter. The company generated $148.5 million of cash from operations. Free cash flow is $136.2 million. MAXIMUS paid out dividends of $17.2 million.