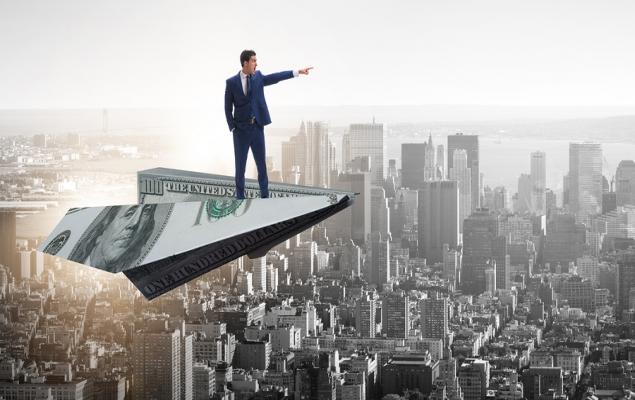 Benchmarks closed higher on Monday after AstraZeneca and The University of Oxford said its coronavirus vaccine was up to 90% effective in trail. Investors also cheered news that claimed President-elect Biden plans to nominate former Federal Reserve Chair Janet Yellen as the Treasury Secretary.

Out of 11 major sectors of the S&P 500, seven ended in the positive territory with energy sector jumping 7.1% on Monday. The financials and industrials sectors also closed 1.9% and 1.6% higher for the session. Among the Dow’s components, Chevron Corporation (CVX - Free Report) and The Boeing Company (BA - Free Report) emerged as biggest gainers jumping at least 6% on Nov 23.

On Monday, AstraZeneca PLC (AZN - Free Report) and The University of Oxford reported that their coronavirus vaccine candidate (AZD1222) has met primary endpoint showing protection from COVID-19 occurring in 14 days or more after receiving two doses of the vaccine. The report states that one dosing regimen had showed vaccine efficacy of 90% when AZD1222 was given as a half dose and was also followed by a full dose of AZD1222 at least one month apart. While another dosing regimen showed 62% efficacy when given as two full doses at least one month apart.

Benchmarks got additional boost on Monday after reports from the Wall Street Journal flashed that President-elect Biden plans to nominate former Federal Reserve Chair Janet Yellen as the Treasury Secretary. Yellen was replaced by current Fed Chairman Jerome Powell in 2018.

Yellen followed a dovish stance by keeping rates low for years and tapped the central bank’s balance sheet when required to ensure the flow of credit in the financial system during periods of stress. If given the role, Yellen would be the first woman to lead the treasury department.

US Business Activity Expands at the Fastest Rate in November

As per the IHS Markit's survey report released on Monday, U.S. business activity has expanded at the fastest rate in November, more than that in five years. The manufacturing sector grew the fastest since September 2014, climbing from 53.4 in October to 56.7 in November, while the services index rose from 56.9 to 57.7 - the highest since April 2015.

Additionally, ISM Markit's composite index, which is a blend of the manufacturing and services readings have also increased from 56.3 to 57.9 in November, the highest since April 2015.