Worldwide revenues in the reported quarter grossed $7.65 billion, down 1.5% on an organic basis (excluding the impacts of currency) and dipped 0.8% on a reported basis. The top line however beat the Zacks Consensus Estimate by 8.5%.

Merging market revenues (15% of total revenues) amounted to $1.15 billion, down 9% on a reported basis (down 6% organically).

In the fiscal second quarter, CVG revenues declined 5.5% at CER to $2.73 billion, representing a decrease in deferrable procedure volumes due to the pandemic. CRHF sales totaled $1.43 billion, down 1.3% year over year at CER. Revenues from CSH were down 13.6% at CER to $831 million. APV revenues were down 1.9% at CER to $468 million.

In MITG, worldwide sales totaled $2.29 billion, marking a 6.9% year-over-year improvement at CER. A decline in procedure volumes in the quarter was offset by increased demand for COVID-19 related diagnostics and therapies. Surgical Innovations’ 4.9% organic decline was more than offset by 29.7% organic revenue growth in RGR.

In RTG, worldwide revenues of $2.06 billion were down 2.9% year over year at CER, impacted by pandemic-led decline in procedure volumes. There was mid-single-digit declines in Cranial and Spinal Technologies, flat sales in Specialty Therapies, and low-single digitdeclines in Neuromodulation.

Revenues at the Diabetes group decreased 5% at CER to $574 million.

Gross margin in the reported quarter contracted 431 basis points (bps) to 64.6% on a 6.9% decline in gross profit to $4.94 billion. Adjusted operating margin contracted 483 bps year over year to 22.3%. Selling, general and administrative expenses fell 0.8% to $2.60 billion, while research and development expenses increased 5.9% to $639 million.

On account of the uncertainty with respect to the COVID-19 pandemic, this time too, Medtronic has decided not to provide any annual or quarterly financial guidance.

While Medtronic’s second-quarter fiscal 2021 earnings and revenues were ahead of the respective Zacks Consensus Estimate, the company registered year-over-year decline in these figures. Barring Respiratory, Gastrointestinal, & Renal as well as Specialty Therapiesthere were declining performance in the rest of the business segments.

The company’s performance was primarily impacted by deferred procedures due to the pandemic. Escalating costs and expenses put pressure on its margins. Unfavorable currency movement once again deterred growth in the quarter.

However, the company reported sequential improvement in all of its businesses and geographies leading to faster-than-expected recovery. Medtronic is currently in the process of implementing its new operating model. The company is focusing on the geographical diversification of its businesses, apart from product innovation.

Hologic (HOLX - Free Report) reported adjusted earnings per share of $2.07 in fourth-quarter fiscal 2020, which beat the Zacks Consensus Estimate by 69.7%.  The stock carries a Zacks Rank #1. 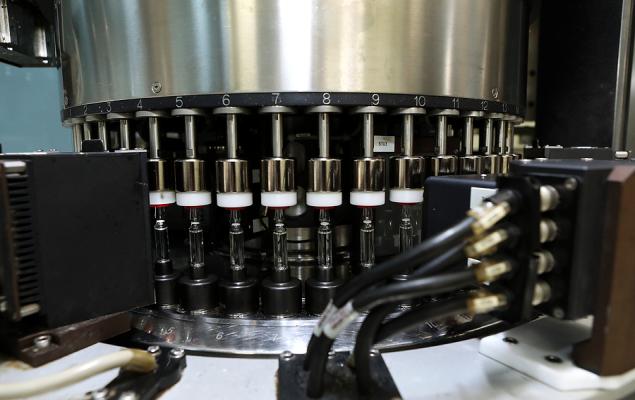