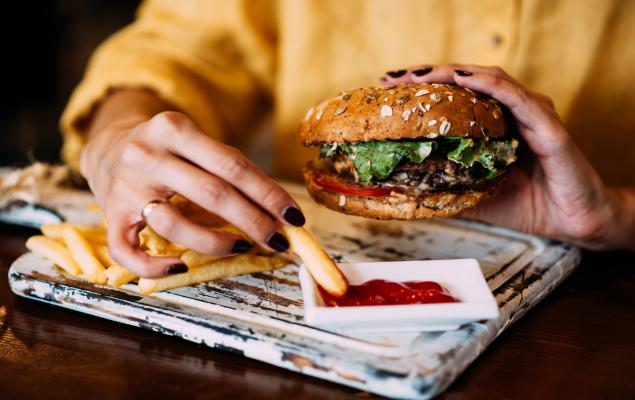 Restaurants have had their capabilities tested with COVID. Not only were they initially forced to shut down (like many other establishments) but they also had to contend with notable weakness in demand.

After all, not many would want to venture outdoors to public places, especially to eateries, where you’d have to take your mask off. So increased sanitization and other safety measures didn’t initially move the needle.

But the restaurants persevered, catering to those people that decided to risk it. And the fact that not everyone was wearing a mask probably helped. Digital ordering and payment systems that facilitated social distancing also did their bit.

For those that still weren’t convinced, home delivery stepped in. While every restaurant that could manage the expense tried it, some companies like Dominos (DPZ - Free Report) that were built on the delivery model, did particularly well.

But you could hardly call it a success story. Dine-in restaurants were largely hanging in there, the large ones at least. Smaller outfits were forced to shut shop.

But restaurants never stopped innovating. So when increased sanitization measures didn’t appear to do the trick, they made the most of summer by putting their tables outdoors. This worked wonders because people wanted to be outside to enjoy the summer and it didn’t hurt to get your dose of Vitamin D either.

But the same strategy wouldn’t work in winter, when restaurants typically have their busiest season. So they introduced things like online cooking classes. Those that signed up would receive meal kits with all the ingredients they’d need, to be picked up at the restaurant or delivered home. Organizations that typically host charity events at this time were offered alternatives like online celebrity cooking shows that people could buy tickets for.

And that’s when we had the vaccine news. Pfizer (PFE - Free Report) , Moderna (MRNA - Free Report) and AstraZeneca AZN announced the effectiveness of their vaccines in quick succession, although it looks like the first two will be available sooner. Even if they aren’t broadly available until April or May next year, after health workers and at-risk populations get their doses, the vaccine is breathing new life into restaurant stocks. This has sent prices up pretty sharply, so many of the big names are beginning to look expensive.

But I still feel very positive about the sector as a whole, because the pandemic has had its worst impact on the small, mom ‘n pop outfits. The larger companies, the stocks that we’re considering, used digitized operations and delivery systems to innovate their way out of the problem. And with respect to these, we’re seeing earnings beating estimates by wide margins followed by significant estimate revisions. Which means that current estimates could still prove to be too conservative. When the vaccine is available, these companies will come out even stronger.

The delivery-focused companies dropped off a bit on the vaccine news. Because they had a great 2020, they will see tough comps next year. But since we are talking about billions of doses of vaccines, this will hardly happen overnight. So if these stocks fall too far, they’d be good buying opportunities.

Given this backdrop, here are a few restaurant stocks that should move higher-

The shares have a Zacks Rank #1 (Strong Buy), Value Score B, Growth Score B and Momentum Score B.

The shares have a Zacks Rank #2 (Buy), Value Score B, Growth Score B and Momentum Score B.

Orlando, Florida- based Darden Restaurants is one of the largest casual dining restaurant operators in the world with 1,700 restaurants in the U.S. and Canada. It also has a small Fine Dining segment.

After beating The Zacks Consensus Estimate by 51 cents (1020%) in the August quarter, analysts raised the 2021 (ending May) estimate by a couple of cents.

Texas Roadhouse is a full-service, casual dining restaurant chain, which offers assorted, seasoned and aged steaks hand-cut daily on the premises and cooked to order over open gas-fired grills.