It was a week when oil prices hit a nine-month high but natural gas settled sharply lower.

Overall, it was a mixed week for the sector. While West Texas Intermediate (WTI) crude futures gained 1.6% to close at $46.26 per barrel, natural gas prices fell 9.4% in the week to finish at $2.8575 per million Btu (MMBtu). In particular, the oil markets maintained their forward momentum from the previous four weeks and consolidated above the $45-a-barrel mark.

Oil prices ended higher as news about U.K.’s approval to a coronavirus vaccine and a marginal relaxation in the existing OPEC+ cuts from next year outweighed a lower-than-expected crude draw and rising fuel inventories.

Meanwhile, natural gas finished lower after the U.S. Energy Department's inventory release showed a lower-than-expected storage withdrawal. The fuel was further pressured by forecast models indicating a mild winter in December, which translates into smaller draws due to less use of heaters.

1.  ExxonMobil recently announced its priority to allocate near-term capital spending on key assets that will secure significant future value. The leading integrated energy firm is planning for $16 to $19 billion in capital and exploration investments in 2021. The company also set a target for annual investments at $20 billion to $25 billion from 2022 to 2025. The prime assets on which the investments will be focused on comprise the most prolific Permian basin in the United States, offshore oil and gas resources in Brazil and Guyana, and several chemicals projects.

Along with strengthening its portfolio value, the energy giant is focused on divesting non-core assets that will not be adding significant value to it. The list of underperforming assets includes several dry gas resources in the United States, western Canada and Argentina. With the removal of those assets from its development plans, the company expects to witness a non-cash, after-tax impairment charge of $17 billion to $20 billion in the December quarter. This marks the company’s largest-ever impairment.

Hence, by strengthening its portfolio of asset base, the company expects to generate more returns for its shareholders while enhancing balance sheet strength. Thus, ExxonMobil will be able to mitigate oil price volatility stronger than before and protect dividend payments. (ExxonMobil Outlines Business Plan: Digging Into Details)

2.  Chevron too announced its capital and exploratory spending program for 2021. The budget for capital projects is reserved at $14 billion, lower than the company’s projected investment for 2020.

With an aim to maintain a disciplined capital approach for 2021, management lowered its long-term (2022-2025) capital budget view to $14-$16 billion from its previous guided range of $19-22 billion, which excluded Noble Energy. Chevron’s upstream spending in 2021 is expected to decline 31.5% from the 2020 level while downstream expenditure will likely decrease 25% next year. In particular, Chevron allocated 83% of its total budget to upstream operations. The company has plans to invest $5 billion in the upstream projects located in the United States and $6.5 billion in the international upstream programs.

Per the chairman and CEO Michael K. Wirth, the company aims to deepen its focus on wisely deploying capital, reining in costs and preserving liquidity to solidify its industry-leading balance sheet. (Where Will Chevron Spend the Bulk of Its 2021 Capex?)

3.  Equinor ASA (EQNR - Free Report) recently announced that the Italian energy major, Eni S.p.A, has agreed to join the Dogger Bank Wind Farm project. Equinor and its joint venture partner in the project, SSE Renewables, have signed a deal to divest 10% each to Eni for £202.5 million (around $271.8 million) each. The deal is expected to close by early 2021.

The massive wind farm, located 60 miles off England’s North East coast, is expected to have a total capacity of 3.6 gigawatts (GW) upon completion. The overall project is divided into three phases of 1.2 GW each. The first two phases, Dogger Bank A and B, will likely be built simultaneously to capture synergies. Per the latest deal, Eni will receive the overall 20% stake in the first two phases, while Zacks Rank #3 (Hold) Equinor and SSE Renewables will each hold 40%. The ownership for the third phase has remained unchanged with Equinor and SSE Renewables holding 50% interest each.

Onshore works for the wind farm project commenced in early 2020. SSE Renewables is leading the construction works at the site, while Equinor is expected to head the operations. The massive project is expected to enable the companies to provide power to 6 million British homes. The investment amount for the first two phases is expected to be £6 billion (around $8 billion), as announced by Equinor toward November-end. (Equinor's Dogger Bank Farm to Welcome Eni as Partner)

4.  Suncor Energy (SU - Free Report) recently released its capital budget and production guidance for 2021 and expects its output to increase next year as it presumes commodity prices and demand to improve from pandemic slumps. Suncor expects its average upstream production for 2021 in the range of 740,000-780,000 barrels of oil equivalent per day (Boe/d), approximately 10% higher than the midpoint of the 2020 guided range.

For 2021, this Alberta-based integrated player’s total capex is envisioned in the range of C$3.8-C$4.5 billion, higher than 2020's guided range of C$3.6-C$4 billion. It estimates to disburse in the range of C$2.9-C$3.4 billion for the upstream segment. Moreover, the company has plans to spend C$700-C$800 million on its downstream operations while the corporate spending is assumed in the C$200-C$300 million bracket.

Backed by a strong balance sheet, Suncor plans a C$500 million worth share buyback program for 2021. It also aims to pay off debt ranging from C$500 million to C$1 billion during the year. (Suncor Energy Hikes 2021 CapEx& Production View Y/Y)

5.  HollyFrontier (HFC - Free Report) recently announced that it will increase its capital expenditure next year by almost twice the previous budget. It also aims to expand its renewables investment as it presumes commodity prices and demand will improve from the pandemic lows.

For 2021, this Dallas, TX-based refining player’s total capex is envisioned in the range of $1.05-$1.15 billion, higher than 2020's guided range of $475-$550 million. By taking into account its unit Holly Energy Partners L.P. wherein it holds 59% interest (including the general partner interest), HollyFrontier plans to spend $1.09-$1.21 billion next year.

Further, the company estimates to disburse in the range of $500-530 million for its renewables business in 2021, higher than $130-$145 million projected for 2020. (HollyFrontier to Increase 2021 Capital Expense by Twofold)

But for the longer term, over six months, the sector tracker has lost 9.4%. U.S. supermajor ExxonMobil was the major loser during the period, experiencing a 21.5% price decline.

With rapidly rising new coronavirus cases around the world leading to the reimposition of lockdowns and the looming threat of another bout of oil demand weakness, market participants will be closely tracking the regular releases to watch for signs that could validate a revival. In this context, the U.S. government’s statistics on oil and natural gas — one of the few solid indicators that comes out regularly — will be on energy traders' radar. Data on rig count from energy service firm Baker Hughes, which is a pointer to trends in U.S. crude production, is also closely followed. Finally, news related to coronavirus vaccine development will be of utmost importance as well 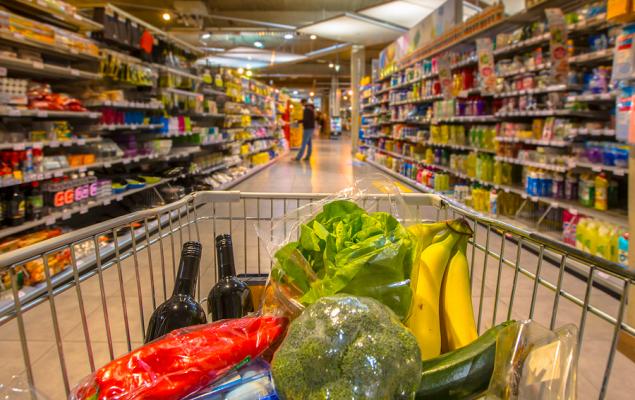