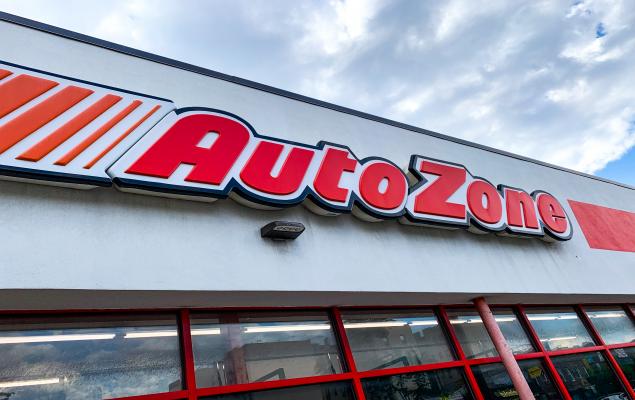 AutoZone, Inc. (AZO - Free Report) reported diluted earnings of $18.61 per share for the first quarter of fiscal 2021 (ended Nov 21, 2020), up from the prior-year figure of $14.3. The bottom line also surpassed the Zacks Consensus Estimate of $17.72. Higher-than-expected comparable sales growth led to this outperformance. Net income climbed 26.3% year over year to $442.4 million. Net sales also increased 12.9% year over year to $3,154.3 million. The top line, however, marginally missed the Zacks Consensus Estimate of $3,164 million.

For the reported quarter, domestic commercial sales totaled $695.3 million, up from the $621.5 million recorded in the year-ago quarter. The figure, however, lagged the consensus mark of $721 million. Nonetheless, domestic same-store sales (sales at stores open at least for a year) grew 12.3% year over year, outpacing the Zacks Consensus Estimate of 11.37%.

Gross profit increased to $1,675.6 million from the prior-year quarter’s $1,501.1 million. Operating profit also surged to $615.2 million from the $500 million registered in the year-ago period.

AutoZone’s inventory improved 3.7% year over year in the reported quarter on store openings and increased product placement. At the end of the quarter, inventory per location was $702,000, up from the year-ago figure of $694,000.

For the fiscal first quarter, AutoZone repurchased 584,379 shares for $678.3 million at an average price of $1,161 per share. The company has shares worth $117.6 million remaining in the current repurchase authorization.