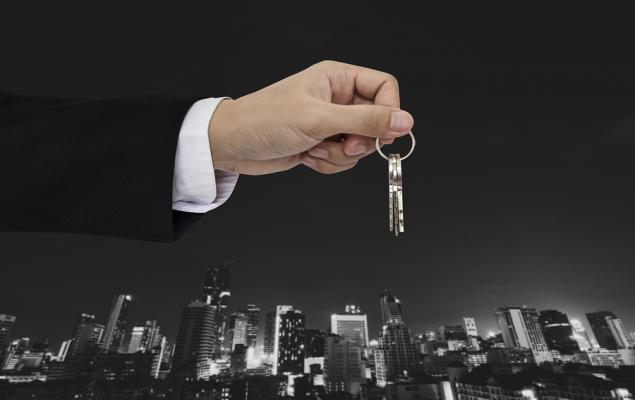 SL Green Realty Corp. (SLG - Free Report) is witnessing a decent leasing activity in its portfolio. So far in the quarter, the company has signed 393,056 square feet of Manhattan office leases, bringing the year-to-date tally to 1.18 million square feet. Moreover, with solid demand for space in the company’s properties, Manhattan office leases projected to be signed before the end of the year will likely reach more than 400,000 square feet in the fourth quarter and cross 1.2 million for the year.

Notably, since the onset of the pandemic, SL Green has signed seven leases at its iconic skyscraper One Vanderbilt Avenue. Particularly, a new 12-year lease encompassing 36,031 square feet on the entire 25th floor at One Vanderbilt has been signed by Heidrick & Struggles, International, Inc. Moreover, a new 15-year lease, spanning 4,924 square feet on part of the ground and 2nd floor at the property, has been signed by 1Life Healthcare, Inc. d/b/a One Medical.

According to Steven Durels, executive vice president and director of Leasing and Real Property at SL Green, the company is witnessing a “notable increase in leasing activity over the past several months” as its portfolio “reaps the benefits of having fully redeveloped, high quality buildings that are conveniently located near Grand Central Terminal.”

The other notable leases include Travelers Indemnity’s signing a 5-year lease renewal for 133,479 square feet of space at 485 Lexington Avenue as well as Cohen & Gresser signing a 10-year lease extension for 33,900 square feet at the 800 Third Avenue, among others.

Apart from witnessing a decent leasing activity, SL Green also announced that its board has authorized an increase in the share-repurchase program size by an additional $500 million. This brings the program to a total of $3.5 billion.

Per Marc Holliday, chairman and chief executive officer of SL Green, “We believe the stock price continues to significantly lag behind the real financial value of the platform.” As such, the company plans to continue investment in strategic share repurchase program with asset dispositions proceeds.

Recently, the company also announced a 2.8% hike in its annual ordinary dividend to $3.64 per share. In addition, SL Green has announced a special dividend with a value of $1.6967 per share, which will be paid in common stock. Usually, special dividends are paid by REITs on capital gains from the sale of assets to avoid paying taxes. For SL Green too, the special dividend comes as a result of asset dispositions in 2020, including the previously-announced sale of 410 Tenth Avenue.

Notably, SL Green's business plan entails the sale of non-core properties and redeploying the proceeds to fund development pipeline, share buybacks and repay debt. Further, the company's balance-sheet strength and ample liquidity are encouraging. However, the pandemic will continue to dampen the New York City office fundamentals in the near term. Also, high supply of office properties and choppy retail environment are concerns.

SL Green currently carries a Zacks Rank #3 (Hold). The company’s shares have gained 31.9% compared with the industry’s rally of 2.1% over the past three months. You can see the complete list of today’s Zacks #1 Rank (Strong Buy) stocks here.

Extra Space Storage Inc.’s (EXR - Free Report) Zacks Consensus Estimate for 2020 funds from operations (FFO) per share has moved up marginally to $5.03 over the past week. The company currently carries a Zacks Rank of 2.

Innovative Industrial Properties, Inc.’s (IIPR - Free Report) FFO per share estimate for the current year has been revised upward by 5.8% to $5.11 over the past two months. The company carries a Zacks Rank of 2 (Buy), currently.

City Office REIT, Inc.’s (CIO - Free Report) Zacks Consensus Estimate for ongoing-year FFO per share has improved 5.3% to $1.20 in a month’s time. The company holds a Zacks Rank of 2 at present.

5 Top-Ranked Stocks With Solid Dividend Growth to Bet On