Last week, China Association of Automobile Manufacturers (“CAAM”) unveiled vehicle sales data for the month of November. Per CAAM, auto sales for the month climbed 12.6% year on year to 2.77 million units and sales of new energy vehicles (NEVs) surged 104.9% to 200,000 units. NEVs include battery-powered electric, plug-in petrol-electric hybrids and hydrogen fuel-cell vehicles. Sales for November increased for the eighth straight month in a row, while NEV sales in the country witnessed the fifth consecutive month of growth.However, sales from January through November for the world’s biggest auto market are still down from 2019. China car sales witnessed a decline of 2.9% from January through November compared with the corresponding period of 2019.

Thor Industries, Inc. (THO - Free Report) reported first-quarter fiscal 2021 (ended Oct 31, 2020) adjusted earnings of $2.05 per share, which surpassed the Zacks Consensus Estimate of $1.46. The bottom line also jumped 123% from the year-ago profit of 92 cents. The recreational vehicle maker registered revenues of $2,537 million for the quarter under review, beating the Zacks Consensus Estimate of $2,379 million. Moreover, the top line recorded a 17.5% year-over-year increase.Consolidated backlog totaled $8.92 billion at quarter-end, representing a 194.5% jump from the year-ago period.

Tesla (TSLA - Free Report) has decided to suspend the production of high-end Model S and X electric vehicles (EVs) at the Fremont factory in California from Dec 24 to Jan 11.There are various theories as to why the production line has been temporarily shut down. Some say that the shutdown is for potential reforms of the S and X production lines. Other theories claim that there might be minor design alterations for Model S and Model X, similar to those applied to the Model 3. Another is that the battery designs outlined for Model 3 and Model Y are also being used for these premium vehicles.

Meanwhile, the red hot EV maker also announced plans to raise up to $5 billion via equity offering in a bid to fortify the balance sheet and wrapped up the sale of its stock offering within a day. Importantly, this was the firm’s second capital raise via equity financing in the last three months. Earlier in September, it announced a $5-billion capital raise, leveraging its impressive share price gains.

NIO Inc. (NIO - Free Report) priced its 68-million stock offering at $39 per ADS, with a 30-day option to increase up to 78.2 million American depositary shares. The company aims to use 60% of the proceeds from the offering, primarily for research and development of new products, as well as driverless technologies. Around 30% will be directed toward expansion of sales and service network, while the remaining 10% will be allocated for general corporate purposes. 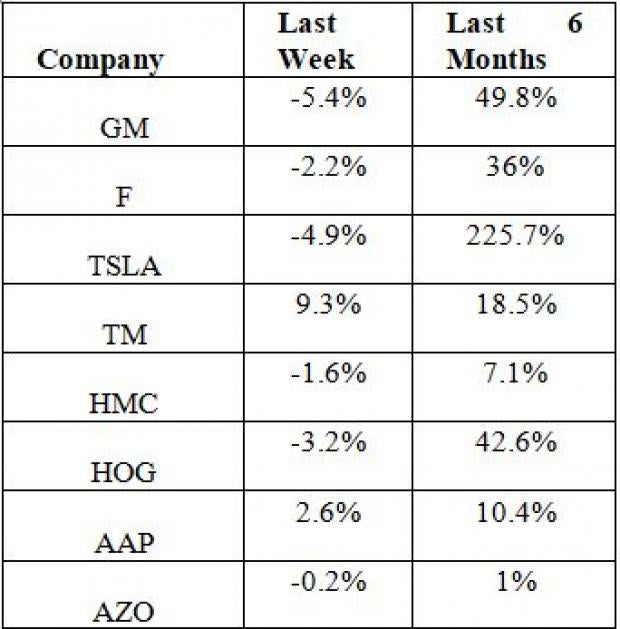