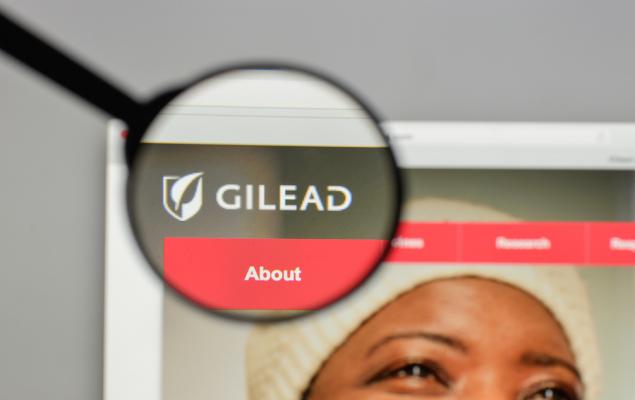 Gilead Sciences, Inc. (GILD - Free Report) announced its decision to not seek approval of filgotinib for the treatment of rheumatoid arthritis (RA) in the United States as it does not see a viable path for the drug for the same.

We note that filgotinib is already approved and marketed as Jyseleca (200 mg and 100 mg tablets) in Europe and Japan for the treatment of adults with moderately to severely active RA.

The company and partner Galapagos NV (GLPG - Free Report) announced that they will amend their existing arrangement for the commercialization and development of filgotinib. The decision to do so follows a type A meeting with the FDA to discuss the points raised in the Complete Response Letter (CRL) related to the New Drug Application (NDA) for filgotinib in the treatment of RA.

Based on the feedback received from the FDA during the NDA review process and in the Type A meeting, Gilead decided to not pursue FDA approval of filgotinib for RA.

Per the amended agreement, Galapagos will assume sole responsibility in Europe for filgotinib in RA and all potential indications. Gilead will receive royalties from European sales of filgotinib.

The majority of activities supporting filgotinib in Europe are expected to be assumed by Galapagos by the end of 2021 through a phased transition. However, Gilead will retain commercial rights and remain the marketing authorization holder for filgotinib outside of Europe, including in Japan where filgotinib has recently been approved and is co-marketed with Eisai.

Galapagos will assume all development, manufacturing, commercialization and certain other rights for filgotinib in Europe. All commercial economics on filgotinib in Europe will be transferred to Galapagos as of Jan 1, 2022, subject to payment of tiered royalties of 8 to 15% of net sales in Europe to Gilead, starting 2024. Gilead has agreed to irrevocably pay Galapagos €160 million (split between a €110 million payment in 2021 and a €50 million payment in 2022) and is subject to certain adjustments for higher-than-budgeted development costs. In addition, Galapagos will no longer be eligible to receive any future milestone payments relating to filgotinib in Europe.

Gilead’s shares have lost 9.4% in the year so far against the industry’s growth of 9.2%

The massive decline in sales of its HCV franchise has prompted it to focus on the HIV franchise, Yescarta and other newer avenues.

However, competition in the RA market is very stiff in the United States from AbbVie’s (ABBV - Free Report) Humira and Eli Lilly’s (LLY - Free Report) Olumiant, which are already approved as a treatment for RA.

Kansas City Southern (KSU) Shares Up 25% in a Year: Here's Why