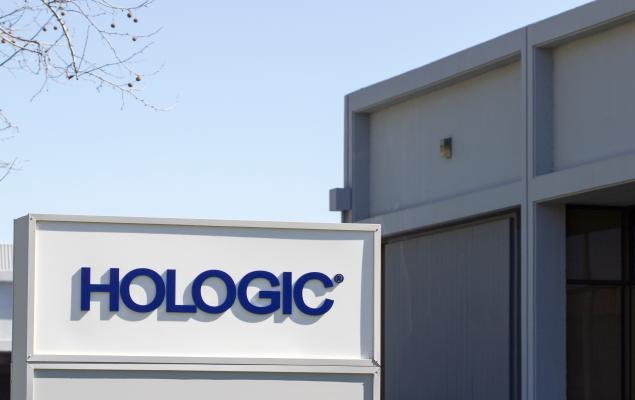 Here's Why You Should Add Hologic (HOLX) to Your Portfolio

Hologic, Inc. (HOLX - Free Report) has been gaining on robust growth in the Diagnostics segment. Its slew of regulatory approvals has also been impressive. Its better-than-expected results in the fourth quarter of fiscal 2020 buoy optimism. However, downsides may result from a stiff competitive landscape and a dull segmental performance.

The renowned provider of medical imaging systems and surgical products, catering to women’s healthcare needs, has a market capitalization of $19.32 billion. The company projects 17.4% growth for the next five years and expects to maintain strength in its Diagnostics business. The company surpassed estimates in three of the trailing four quarters and broke even in one, the average surprise being 45.89%. 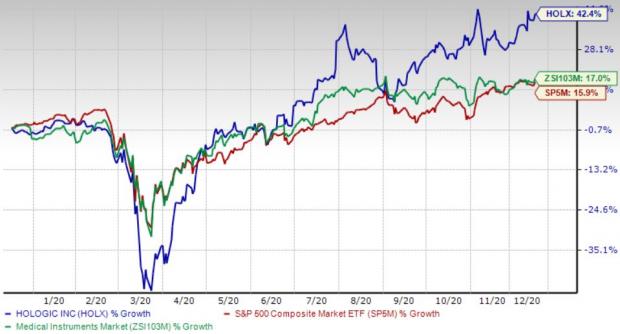 In October, Hologic announced the amendment of the FDA’s Emergency Use Authorization that was initially received for its Aptima SARS-CoV-2 assay (that runs on the company’s fully automated Panther system) in May.

Robust Demand for Testing: We are optimistic about Hologic’s strength in Molecular Diagnostics amid the pandemic. The company has seen continued growth in the core molecular diagnostics sub-segment in fiscal fourth quarter. The company generated solid revenues from strong customer adoption of Hologic’s two SARS-CoV-2 assays that run on the Panther and Panther Fusion systems. Following the robust demand for the assays, Hologic is on track to scale up its molecular diagnostics manufacturing capacity.

Strong Q4 Results: We are upbeat about Hologic’s fourth-quarter fiscal 2020 results. Its bottom- and top-line growth in the quarter amid business disruptions is impressive. Rise in organic and Diagnostic revenues buoys optimism. Robust demand for its COVID-19-related products bodes well. Ongoing recovery in other segments has enabled it to provide financial guidance for first-quarter fiscal 2021, which instills investor confidence. Expansion of both margins looks encouraging.

However, downsides might result from Hologic’s operation in a highly competitive industry, which includes giants like Siemens. The FDA’s decision to re-classify FFDM devices to class II from class III makes it easier for all medical devices companies to introduce similar products in the market. Subsequently, the approval process for class II devices will require 510(k) clearance, rather than the lengthy premarket approval application. This will enable easier approval in the United States, thus intensifying competition among medical device companies.

Hologic’s performance across majority of its segments in fiscal fourth quarter was disappointing, resulting from pandemic-led business disruptions. Revenues at the Breast Health segment declined during the quarter, primarily due to adverse impacts on demand for this segment’s products, especially in the United States. Further, semi-elective procedure deferrals also hurt GYN Surgical business.

Hologic has been witnessing a positive estimate revision trend for 2020. Over the past 90 days, the Zacks Consensus Estimate for its earnings has moved 56.9% north to $6.70.

The Zacks Consensus Estimate for first-quarter fiscal 2021 revenues is pegged at $1.38 billion, suggesting 61.8% growth from the year-ago reported number.