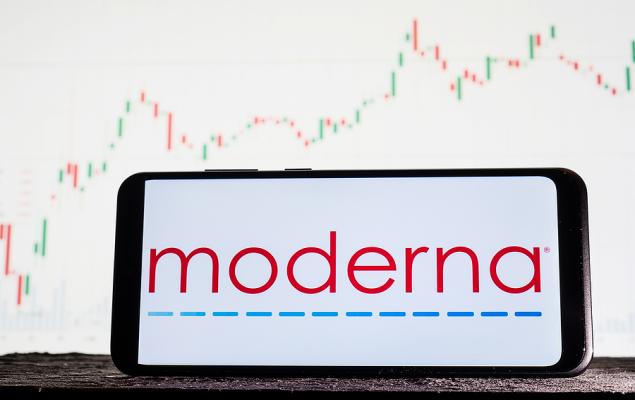 Moderna, Inc. (MRNA - Free Report) announced that the FDA’s Vaccines and Related Biological Products Advisory Committee has voted in favor of FDA granting an emergency use authorization (EUA) to its mRNA-based coronavirus vaccine candidate, mRNA-1273. From the panel, 20 members voted in support of providing the EUA, while there was no vote against it. The same committee had voted 17-4 recommending Pfizer (PFE - Free Report) /BioNTech’s (BNTX - Free Report) mRNA-based vaccine, BNT162b2. One member abstained during both advisory committee meetings.

The recommendation was based on the totality of scientific evidence shared by Moderna, including data from the pivotal phase III COVE study evaluating mRNA-1273 in adult patients. The candidate demonstrated an encouraging efficacy rate of 94.1% during primary efficacy analysis as well as full protection against severe COVID-19 cases. The press release stated that the majority of local solicited adverse events occurred within the first one to two days after injection and remained for a median of one to two days.

A National Institutes of Health-appointed independent Data Safety Monitoring Board will monitor all participants in the phase III study for two years after the second dose, to assess long-term protection and safety.

Moderna’s shares have skyrocketed 620.8% so far this year compared with the industry’s rise of 8.4%. 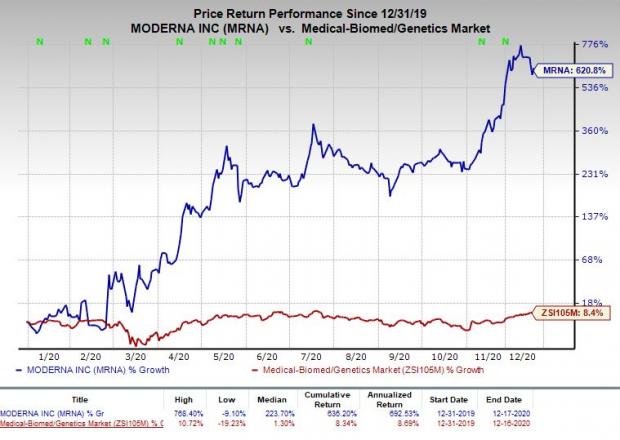 The company has started evaluating mRNA-1273 in adolescent patients aged 12 years or more. It plans to generate sufficient data by mid-2021 to support regulatory filings, seeking emergency authorization/approval for use of mRNA-1273 in adolescents. The company also has plans to initiate one surveillance study for evaluating the candidate in pregnant women and two other surveillance studies — active follow-up for safety and real-world effectiveness study.

Pfizer/BioNTech, have received emergency use approval for their vaccine in at least six countries including the United States and the United Kingdom. However, conditional marketing authorization requests for both candidates are under review in Europe. Extraordinary meetings for assessing marketing authorization application for BNT162b2 and mRNA-1273 have been scheduled on Dec 21, 2020 and Jan 6, 2021, respectively. Moderna has several other regulatory applications under review across different countries and also multiple supply agreements in place. 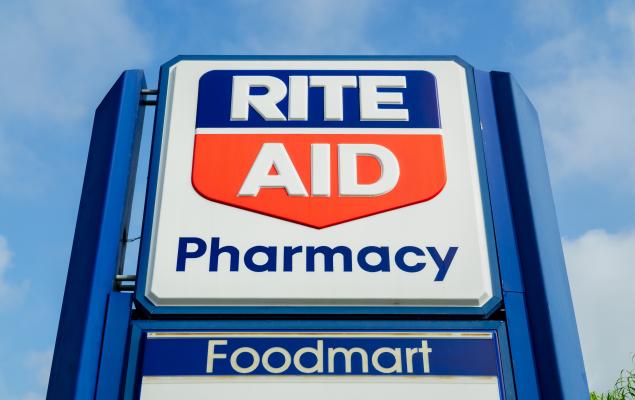