In sync with its efforts to expand footprint in Indiana, Farmers & Merchants Bancorp (FMAO - Free Report) has inked a deal to acquire Ossian Financial Services, Inc. for $20 million in cash. Ossian Financial is the holding company for Ossian State Bank. The consideration is subject to probable adjustment in case Ossian Financial’s equity capital falls below $12 million at the time of deal closure.

The transaction, expected to close in the second quarter of 2021, has been approved by the board of directors of both the companies. Also, it is subject to approvals of the regulators and shareholders of Ossian Financial.

Upon closure, Farmers & Merchants Bancorp will have consolidated assets worth nearly $2 billion.

Lars Eller, President and CEO of Farmers & Merchants Bancorp, said, “I am pleased to combine our two strong institutions as OFSI immediately enhances and complements our growing franchise in Northeast Indiana.”

As of Sep 30, 2020, Ossian Financial had roughly $122 million in assets, $58 million in loans, $108 million of deposits and $11.9 million in consolidated equity. Further, the company operates two full-service offices in the Indiana communities of Ossian and Bluffton.

Following the completion of the transaction, Farmers & Merchants Bancorp will have 11 offices in Indiana, along with total deposits worth $462 million and total loans of $445 million.

David Morrison, President and CEO of Ossian State Bank, said, “F&M shares our customer first culture and community-oriented values, and F&M is a logical and strong fit for our customers, employees, and communities. In addition, F&M has a strong presence throughout our markets and our customers will continue to benefit from local banking relationships and expanded products and services. We are excited to join F&M.”

Farmers & Merchants Bancorp projects the deal to be nearly 6.2% and 7.1% accretive to earnings in the first and second years, respectively, post closure. The pre-tax transaction costs are expected to be $2.5 million.

The company’s tangible book value per share (including the transaction costs) is likely be diluted almost 4.6% at completion. Notably, the same is anticipated “to be recovered in less than five years using the crossover method.”

The company’s efforts to expand through acquisitions will go a long way in supporting its financials amid low interest rate environment and a tough operating backdrop.

Shares of Farmers & Merchants Bancorp have gained 12.8% over the past six months, underperforming the industry’s rally of 25.4%.

Over the past month, several banks, including many large ones, entered into acquisition deals, thereby, bolstering their prospects after facing a slowdown for most of 2020 due to the coronavirus pandemic.

Earlier this month, Huntington Bancshares (HBAN - Free Report) entered into an all-stock merger deal with Detroit-based TCF Financial (TCF - Free Report) . Upon completion, the combined entity will be listed as one of the top 10 U.S. regional banks. The transaction is anticipated to close in second-quarter 2021.

Also, Fifth Third Bancorp (FITB - Free Report) announced an agreement to acquire Hammond Hanlon Camp LLC. Terms of the deal, which likely to close later this month and is subject to regulatory approvals, have not been revealed. The deal will further strengthen the company’s presence in the healthcare industry. 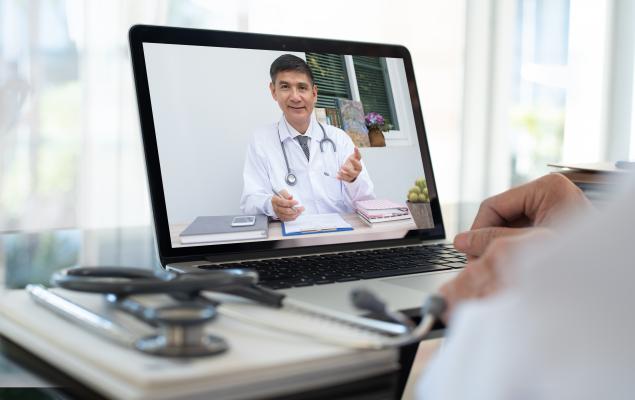