Earlier, FERC rejected the permits’ approval to temporarily cease the construction of the 25-mile segment of the pipeline, which moves through Giles and Craig counties, between two sections of the Jefferson National Forest. As a result, FERC formed the 25-mile exclusion zone to prevent muddy outflow on privately-owned properties from construction sites. However,the commission stated that Mountain Valley produced satisfactory evidence to demonstrate that the resumption of a 17-mile segment construction of the pipeline on private lands would not affect the forest.

The MVP pipeline system, with a diameter of up to 42 inches, is expected to have a transmission capacity of 2 billion cubic feet (Bcf) per day to markets in several regions of the United States. It stretches approximately 303 miles from Northwestern West Virginia to Southern Virginia as an interstate pipeline regulated by the FERC.

Importantly, in its orders, FERC claimed that the best approach to restrict environmental degradation is to complete the long-delayed project and the court’s decision does not necessarily mean it will outweigh the pipeline construction. It has extended the project’s time-limit for another two years. Notably, Equitrans’ Mountain Valley aims to complete the interstate pipeline by the end of 2021.

The company’s shares have underperformed the industry in the past three months. Its stock has declined 4% against the industry’s 13.9% growth. 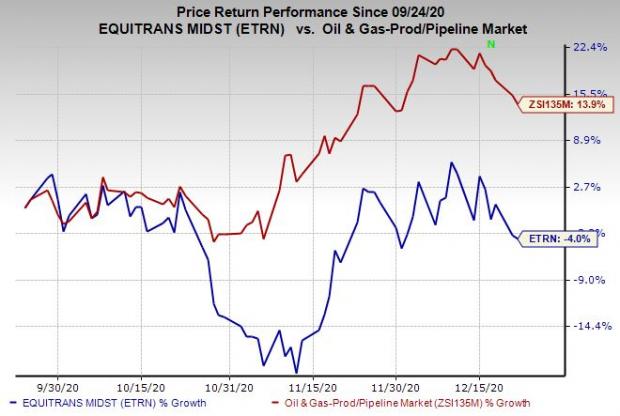 FAAMG is Highly Overvalued: Is it Worth Paying the Premium?