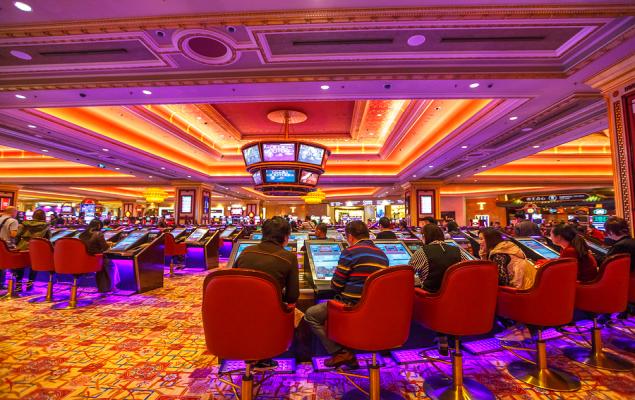 In this regard, Rafael Verde, senior vice president of Regional Operations for Penn National, stated, “The new designs incorporate the spirit of the Barstool Sports brand, resulting in unique sports wagering and dining experiences that we expect our customers will thoroughly enjoy.”

In February 2020, Penn National had reached an agreement to acquire 36% interest in Barstool Sports for nearly $163 million. Per the agreement, Penn National will be Barstool Sports, a leading digital sports media company’s gaming partner. Moreover, the partnership provides Penn National with access to a database of 66 million sports enthusiasts (or Barstool loyalist), out of which 60% are into sports betting while the remaining are avid betters.

During third-quarter 2020, the company unveiled Barstool Sports online sports betting app in Pennsylvania. Within the first two weeks of launch, the company acquired a significant number of new customers on the back of higher promotional allowances. 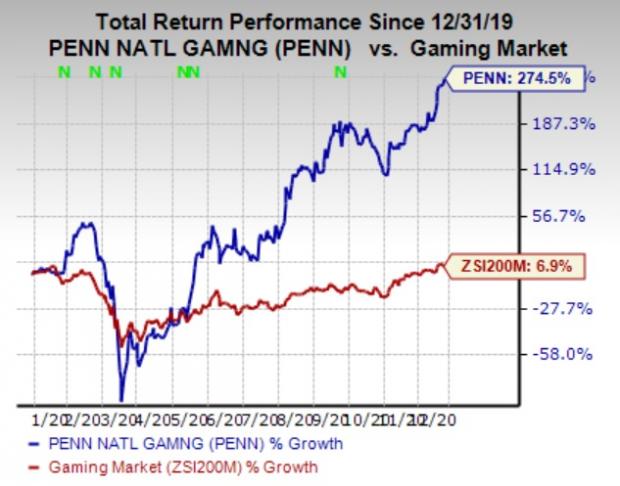 Coming to price performance, shares of Penn National have surged 274.5% so far this year, compared with the industry’s 6.9% growth. The outperformance can be primarily attributed to the company’s expansion initiatives and cost-saving efforts. Going forward, the company remains confident about its long-term prospects on the back of its differentiated omni-channel approach. Also, partnership with Barstool Sports is likely to drive revenues during the upcoming periods. Meanwhile, earnings estimates for 2021 have moved up in the past 30 days, depicting analysts’ optimism regarding the stock’s growth potential.

However, the coronvirus pandemic has dramatically reduced travel and demand for casino gaming and related amenities. If the virus is not contained, further chances of temporary suspension of operations cannot be ruled out.

ExxonMobil or Chevron: Which Stock Will Gain Big in 2021?