Applied Materials (AMAT) Stock Sinks As Market Gains: What You Should Know

Prior to today's trading, shares of the maker of chipmaking equipment had gained 3.24% over the past month. This has lagged the Computer and Technology sector's gain of 7.44% and the S&P 500's gain of 3.8% in that time.

Wall Street will be looking for positivity from AMAT as it approaches its next earnings report date. The company is expected to report EPS of $1.26, up 28.57% from the prior-year quarter. Our most recent consensus estimate is calling for quarterly revenue of $4.95 billion, up 19% from the year-ago period.

For the full year, our Zacks Consensus Estimates are projecting earnings of $4.97 per share and revenue of $19.74 billion, which would represent changes of +19.18% and +14.74%, respectively, from the prior year.

Investors might also notice recent changes to analyst estimates for AMAT. Recent revisions tend to reflect the latest near-term business trends. With this in mind, we can consider positive estimate revisions a sign of optimism about the company's business outlook.

The Zacks Rank system, which ranges from #1 (Strong Buy) to #5 (Strong Sell), has an impressive outside-audited track record of outperformance, with #1 stocks generating an average annual return of +25% since 1988. Within the past 30 days, our consensus EPS projection has moved 0.3% higher. AMAT is currently a Zacks Rank #3 (Hold).

Valuation is also important, so investors should note that AMAT has a Forward P/E ratio of 17.24 right now. For comparison, its industry has an average Forward P/E of 20.24, which means AMAT is trading at a discount to the group.

We can also see that AMAT currently has a PEG ratio of 1.75. The PEG ratio is similar to the widely-used P/E ratio, but this metric also takes the company's expected earnings growth rate into account. AMAT's industry had an average PEG ratio of 1.75 as of yesterday's close.

The Semiconductor Equipment - Wafer Fabrication industry is part of the Computer and Technology sector. This industry currently has a Zacks Industry Rank of 37, which puts it in the top 15% of all 250+ industries.

The Zacks Industry Rank gauges the strength of our individual industry groups by measuring the average Zacks Rank of the individual stocks within the groups. Our research shows that the top 50% rated industries outperform the bottom half by a factor of 2 to 1.

To follow AMAT in the coming trading sessions, be sure to utilize Zacks.com. 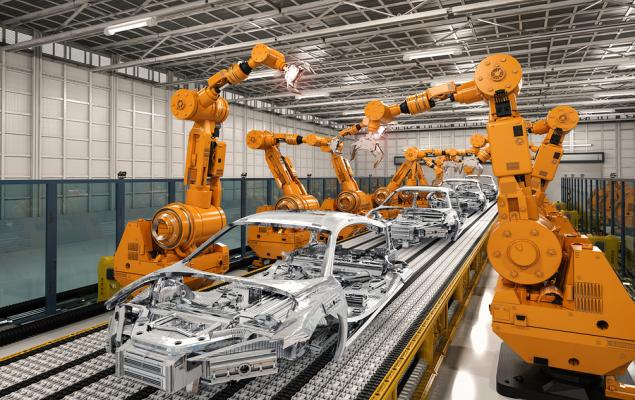