The U.S. telecom stocks witnessed a steady downtrend over the past week as President Trump rejected a bipartisan aid package worth $2.3 trillion. This included funds for federal government agencies and $892 billion for responding to the coronavirus crisis. Due to the lack of immediate financial aid, the industry, which was already reeling under the recent government directive to ‘rip and replace’ all telecommunications equipment produced by China-based Huawei, was plagued by uncertainty. To add to the woes, the emergence of a new COVID-19 virus strain in the United Kingdom has led to a surge in infections, forcing a series of fresh lockdown restrictions in various parts of Europe, thereby hindering the industry’s growth prospects.

In an act of political brinkmanship, Trump has refused to sign the coronavirus relief bill citing it as a ‘disgrace’ and ‘full of wasteful items’. He has reportedly sought to increase the proposed $600 payment in the bill as a COVID-19 relief measure to each Americans to $2,000, while eliminating several ‘unnecessary’ items within the draft bill. The political deadlock is likely to stall all government functions and the country might be staring at a potential shutdown, leading to furlough of millions of federal workers. The bill also included a provision for $1.9 billion funding to remove telecommunications equipment from firms that allegedly pose national security risks. The double blow created an element of insecurity within the industry, triggering a downtrend.

Meanwhile, the C-Band auction, which is offering 280 megahertz of spectrum in the 3.7-3.98 GHz band for potential 5G deployments in the next few years, generated more than $69 billion in bids from 57 qualified bidders after about 45 rounds. The C-Band offers significant bandwidth with better propagation characteristics compared with mmWave, which has a short range and requires a high density of sites to achieve coverage. Consequently, it is deemed to be a prized asset for carriers that lack considerable mid-band spectrum holdings, thereby justifying the record bidding amount.

Regarding company-specific news, collaborations, deals, product launch and earnings primarily took the center stage over the past five trading days.

1.     Verizon Communications Inc. (VZ - Free Report) has joined forces with Deloitte to expand 5G and mobile edge computing (MEC) solutions that are believed to disrupt almost every sector, particularly manufacturing and retail. The telecom giant is focused on aligning with enterprises, universities and government to explore how next-generation technologies can transform the way in which organizations operate.

This solution will utilize sensor-based detection alongside MEC, Software Defined-Wide Area Network and VNS Application Edge capabilities to identify and predict quality defects on the assembly line. It will automatically alert plant engineering and management in near real-time.

2.     Viasat, Inc. (VSAT - Free Report) has inked a deal to acquire RigNet, Inc. in an all-stock transaction valued at $222 million. Headquartered in Houston, TX, RigNet is a leading provider of networking solutions and specialized applications. It delivers advanced software and communications infrastructure that allows business customers to realize the benefits of digital transformation.

The acquisition creates a vertically integrated communications company. It will serve customers in industries like airlines, residential and energy by providing leading-edge connectivity from the satellite to the end customer.  The combined firm will boost RigNet’s industry-leading AI-backed machine learning business, Intelie.

Non-GAAP earnings came in at $11 million or 2 cents per share compared with $17 million or 3 cents per share in the year-ago quarter. The bottom line beat the Zacks Consensus Estimate by 3 cents. Non-GAAP revenues for the quarter were $224 million, which matched the consensus estimate.

The ASA combines human expertise in digital forensics and incident response from Arista’s Awake Labs team with its industry-leading network detection and response technology. The threat assessment focuses on identifying technical risks within the environment; internal and external risk factors that increase the likelihood of a breach; early warning of a potential threat and gaps in incident remediation practices.

To that end, JoongAng Group has decided to have an infrastructure that is based on the smart office concept. This would provide the company with a secure wireless network that would bridge the two physically separated buildings. If the two buildings’ networks were not integrated properly, employees would have to go through complicated processes. 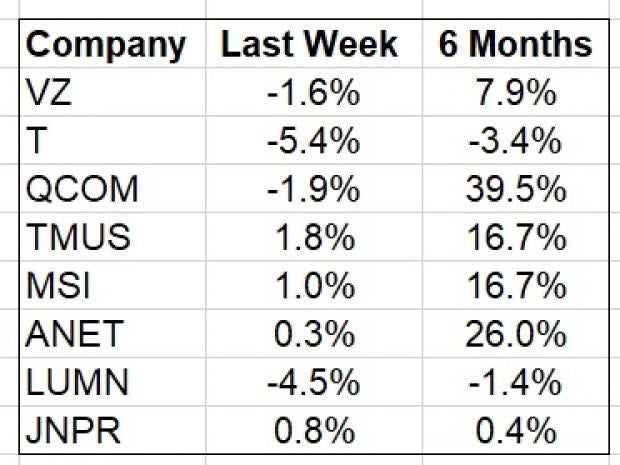 Over the past six months, the Zacks Telecommunications Services industry has rallied 6.7% on average and the S&P 500 has gained 20.7%. 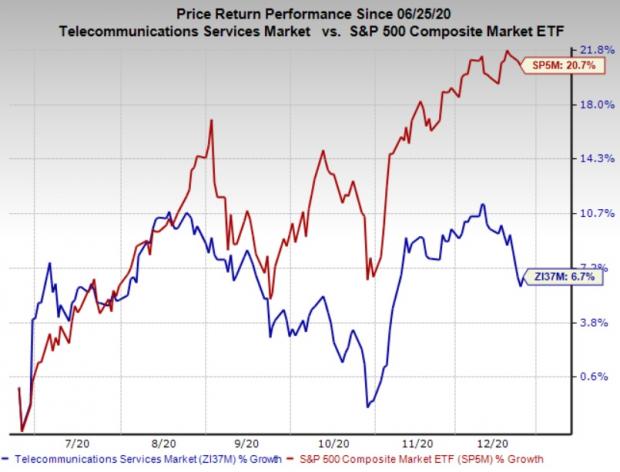 Here's Why Michaels (MIK) is Poised to Retain Momentum in 2021