Data-center REITs are experiencing a market boom with growth in cloud computing, IoT and big data, and an increasing number of companies opting for third-party IT infrastructure. The estimated growth rates for AI, autonomous vehicle and virtual/augmented reality markets will remain robust over the next five-six years.

Further, during the September-end quarter, Digital Realty closed the prior-announced acquisition of the freehold to the land under its HanauerLandstraße campus in Frankfurt for €185 million or roughly $217 million. The company also acquired Altus IT, a carrier-neutral data center provider in Croatia for about €11 million or approximately $13 million. Also, the company enhanced its presence in Europe, Australia and Asia in recent years through the development of high-quality facilities. Such geographical expansions will likely drive its top and the bottom line in the years ahead.

The company also focuses on maintaining a solid balance sheet and enjoys ample liquidity with diversified sources of capital. As a result of its proactive balance-sheet management, the company exited third-quarter 2020 with cash and cash equivalents of $971.3 million, up from $505.2 million recorded at second-quarter end. Its debt maturity schedule is well laddered with weighted average maturity of 6.5 years and 2.5% weighted average coupon.

Additionally, solid dividend payouts are the biggest enticement for REIT shareholders and Digital Realty remains committed to that. In February 2020, the company announced a 4% hike in dividend to $1.12 per share. It raised dividend every year since its initial public offering and the latest dividend hike marked its 15th consecutive year of increase. Given its solid operating platform and balance sheet strength, the company remains well poised to sustain the dividend payment.

However, Digital Realty faces stiff rivalry in its industry. The company competes with several data-center developers, owners and operators, many of which enjoy ownership of similar assets in locations same as Digital Realty’s.

Also, there are a number of local developers in the United States and several regional operators in Europe, Asia and Australia. Given the solid growth potential of the data center real estate market, competition is expected to increase in the upcoming period from the existing players as well as the entry of new participants. Amid all this, there is likely to be an aggressive pricing pressure in the data-center market.

While the Zacks Consensus Estimate for 2020 funds from operations (FFO) per share has remained unchanged over the past month at $6.13, the same for 2021 has been revised marginally downward to $6.52 from $6.54.

Shares of this currently Zacks Rank #3 (Hold) company have rallied 15.8% so far in the year against the industry's decline of 4.7%. You can see the complete list of today’s Zacks #1 Rank (Strong Buy) stocks here. 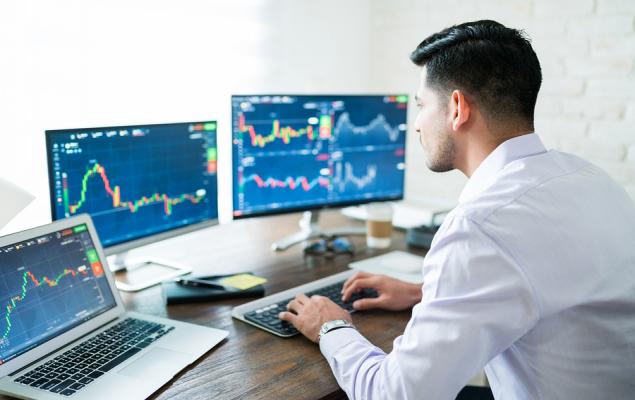