The current year has proved to be a rather tumultuous one for the energy markets, but oil is showing promising signs heading into 2021, with prices recently hitting levels last seen in February.

In all likelihood, 2020 will be remembered as the year during which pandemic-induced worldwide lockdowns had devastating consequences on fuel demand that dragged prices to historic lows in April.

While the commodity has recovered strongly from those depths to around $50 a barrel, the big question going into 2021 is whether it will be able to consolidate the gains made during the latter part of 2020.

Let's look at some factors that could drive the oil rally forward.

Vaccine Breakthroughs Signal Improving Outlook: Oil has been rallying for the past few months on continued vaccine-related developments that offer hope for an earlier-than-expected pickup in the commodity’s demand. Following a flurry of positive updates, the FDA, this month, granted emergency use authorization to Pfizer (PFE - Free Report) -BioNTech (BNTX - Free Report) and Moderna’s (MRNA - Free Report) COVID-19 vaccines. The move is seen as big step against the pandemic that has crushed the commodity’s demand and caused a bloodbath in energy-related stocks. A vaccine is expected to revive economic and transport activity next year, leading to stronger crude demand.

U.S. Economic Growth Picking Up Steam: Much of the positive argument is simply a bet on stronger economic growth in America and the subsequent improvement in consumer spending. Following the epic 31.4% contraction in the April-June period, the U.S. GDP rebounded by a record 33.4% in the third quarter. Per estimates from the Federal Reserve Bank of Atlanta, the U.S. economy is likely to grow at an impressive rate of 10.4% in the fourth quarter. The recently approved $900 billion stimulus package should further bolster the economy. Amid this positive economic backdrop, end-user fuel usage is expected to improve.

Refinery Utilization Stages Recovery: In the wake of the fuel demand collapse on account of the pandemic, refinery utilization rates plunged below 70% during April and May. But they have since rebounded to around 80% on easing restrictions and higher product demand, as per data from the U.S. Energy Information Administration (“EIA”). Agreed, the refined products consumption still lags the typical 90%+ usage seen during this time of the year, yet demand has picked up nicely from the pandemic lows. As a proof of the improving environment, refining biggies like Marathon Petroleum (MPC - Free Report) and Phillips 66 (PSX - Free Report) — both carrying a Zacks Rank of #3 (Hold) — experienced a sequential increase in utilization during the third quarter.

Rig Count Continues to Rise: Buoyed by the uptick in crude prices, the U.S. oil industry deployed more rigs back into operation for the fifth week in a row. In its latest report, oil services player Baker Hughes Company (BKR - Free Report) said that rigs engaged in exploration and production of oil in the United States totaled 264 for the holiday-shortened week ended Dec 23. While the tally is well below the year-ago count of 677, it has rebounded strongly from the historic lows of 172 in mid-August. This indicates that oil producers are confident to pick up activity as they foresee price strength.

Oil Production Creeping Up: Investors should know that when the number of rigs rise, a greater number of wells are drilled. This means more new oil is discovered, and ultimately production increases. True to the correlation, the U.S. Energy Department's latest weekly inventory release showed production at 13 million barrels per day, rebounding from the two-year lows of 9.7 million barrels per day in August. Clearly, the oil market sentiment has flipped from bearish to bullish over the past few months. 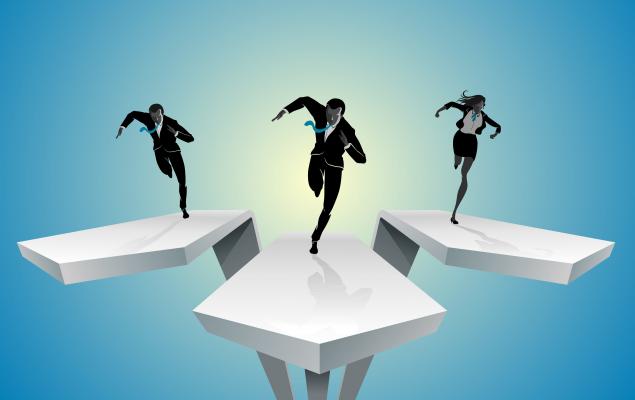 5 Stocks With Unstoppable Growth to Buy in 2021