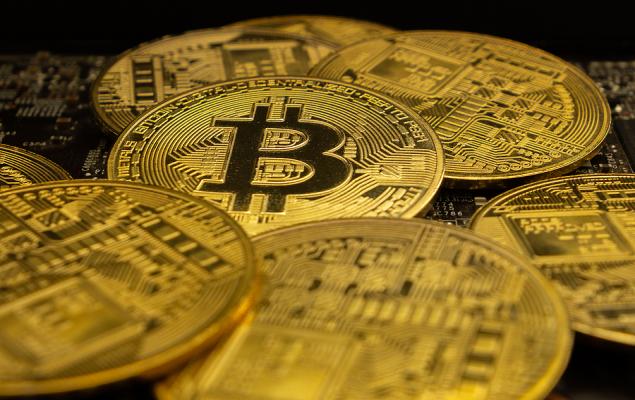 3 Fintech Stocks That Could Gain Big From Bitcoin's Rebound

For cryptocurrencies, 2020 has been a banner year with blockchain technology-backed bitcoin seeing an astounding rally.  In fact, the world’s most popular cryptocurrency, bitcoin has roughly quadrupled in value in 2020 and has surged about 460% from the coronavirus low below $5,000 witnessed in March. The digital currency touched another all-time high of $28,599.99 on Dec 30.

It is worth mentioning here that, the price of bitcoin crossed the $20,000-mark for the first time on Dec 16. It seems like the cryptocurrency is on track for its biggest monthly gain since May 2019 after adding around 47% since the start of this month. Moreover, according to industry website CoinMarketCap, bitcoin’s market capitalization has exceeded $518 billion (per a CNBC article). Considering the frenzy among investors, let’s look at the factors fueling the bitcoin rally.

Millions of funds coming from the institutional investors like big corporations and hedge fund managers are piling into bitcoins. The foray of these large players into the crypto market has created a belief that these currencies might soon become the primary payment method, per The Guardian article. PayPal Holdings (PYPL - Free Report) has reportedly purchased about 70% of new bitcoins in circulation after recently introducing a crypto trading service on its platform that allows customers to trade up to $20,000 a week, as per a Cointelegraph article. According to Pantera Capital, a crypto investment firm, PayPal’s entry has resulted in the shortage in bitcoin supplies and hence, the price surge (as mentioned in the same Cointelegraph article).

Square (SQ - Free Report) has also bought $50 million in bitcoin in October as part of larger investment in cryptocurrency. In fact, according to Pantera all of the newly-issued Bitcoin are being purchased by PayPal and Cash App (per the Cointelegraph article). MicroStrategy, another public company, recently revealed that it has invested entire $650 million of its debt issuance into 29,646 more bitcoin, per the sources. It now has 70,470 bitcoins worth more than $1.596 billion in its treasury reserve, per a YahooFinance article.

Guggenheim Investments has filed to reserve the right to invest as much as 10% of its $5.3 billion Macro Opportunities Fund in the Grayscale Bitcoin Trust, which invests only in bitcoin, per a Bloomberg article.

The coronavirus pandemic has caused weakness in world’s largest reserve currency, U.S. dollar and other major currencies. This weakness has resulted in a quest for alternative currency among investors for protection against inflation, per The Guardian article. Considering the current situation, when the U.S. economy is expected to recover on pillars like the Fed’s support, another round of fiscal stimulus and coronavirus vaccine rollout, the dollar is expected to remain weak and cryptocurrencies are predicted to take the spotlight.

According to The Guardian report, bitcoin is generally seen as an alternative to the traditional safe-haven investment — gold. Some analysts are also expecting to see a tough competition between both assets in 2021. Commenting on it, Paolo Ardoino, the chief technology officer of the crypto exchange Bitfinex has said that “while a growing institutional presence has been part of the narrative of the current bull run, we may see increased retail interest in bitcoin as a form of digital gold,” per The Guardian article.

Fintech Stocks to Ride the Wave

Although the cryptocurrency market is highly volatile but it seems that the prices are likely to remain high. In this regard, Scott Minerd of Guggenheim Investments has said that “our fundamental work shows that Bitcoin should be worth about $400,000. It’s based on the scarcity and relative valuation such as things like gold as a percentage of GDP. So you know, Bitcoin actually has a lot of the attributes of gold and at the same time has an unusual value in terms of transactions,” per a Bloomberg article.

The growing participation of traditional investment banks and fintech firms with an aim to add cryptocurrency to their products is creating investment opportunities.  Thus, we are highlighting three fintech stocks that are likely to gain from the impressive bitcoin resurgence.

As mentioned above, PayPal is a major bitcoin-related stock that deserves our attention. This leader in digital payment processes assists merchants to accept crypto payments via partnerships with three major bitcoin payment processors — BitPay, GoCoin and Coinbase. Further, the company recently launched a platform that enables its customers to buy, hold and sell cryptocurrency directly from their PayPal account. Notably, this Zacks Rank #3 (Hold) company announced its intentions to enable cryptocurrency as a funding source across its 26 million merchants worldwide. Its crypto trading platform is expected to be introduced globally in early 2021. You can see the complete list of today’s Zacks #1 Rank (Strong Buy) stocks here.

Square announced its plan to foray into the cryptocurrency market at the end of 2017. It ventured into it in 2018 by facilitating the buying and selling of bitcoins via its Cash App. Since then, bitcoin trading has been boosting the company’s user base.

Notably, bitcoin revenues have stood out as the major driving factor behind Square’s top-line growth. The company generated revenues of $1.63 billion from bitcoins, up significantly from $148.3 million in the third quarter of 2020. Square continued to benefit from the bitcoin space, driven by the increasing uptake of Cash App.

Going on, the company’s latest investment of $50 million to purchase 4,709 bitcoins deserves a special mention. This Zacks Rank #3 stock is expected to keep gaining from solid demand and growth in bitcoin activities.

Visa Inc. (V - Free Report) is expected to gain from growing presence in the cryptocurrency space, largely on the back of constant partnerships and technological upgrades. To bolster its presence in the cryptocurrency market, Visa has been collaborating with cryptocurrency firms for allowing increased usage of digital currencies in day-to-day life by customers in its existing global network along with paving the way for hassle-free conversion of crypto into fiat currency. Case in point, Simplex has been made the principal member of Visa recently. Per the partnership, Simplex, which boasts a partner network comprising leading crypto exchanges and wallets, is allowed to offer Visa debit cards across Europe.

Other prominent partnerships of Visa include those with Coinbase, BlockFi, Wirex, Fold and many others. This Zacks Rank #3 company, with more than 25 digital currency wallets linked to its systems along with a blockchain-based system, holds immense potential to strengthen its position in the digital currency space.