Exxon Mobil Corporation (XOM - Free Report) recently commenced drilling at Bulletwood-1 well, located in the Canje Block, offshore Guyana, per reports. An indirect partner at the block, Westmount Energy cited a Maritime Administration Department statement from the first day of the year that the Stena Carron drillship is drilling at the site.

The Maritime Administration Department of Guyana expects drilling at the site to be completed by Feb 23, per reports. These reports suggested that the Bulletwood-1 is a massive oil prospect, with 500 million barrels of oil at place. It is targeting a confined channel complex that can replicate the Liza prospect, which is located in the Stabroek block. The Liza-1 started production in December 2019 and took almost a year to meet the original target of 120,000 barrels of oil per day (bpd) of production. The Liza Phase 2 is expected to commence in 2022.

Westmount’s chairman, Gerard Walsh said that Bulletwood-1 well is the first one in a drilling campaign with multiple wells at sight. The campaign is fully funded and ExxonMobil is the operator at the Canje Block with a 35% stake. It has TOTAL SE (TOT - Free Report) , JHI Associates and Mid-Atlantic Oil & Gas as partners at the block with 35%, 17.5% and 12.5% interest, respectively.

ExxonMobil used the Stena Carron drillship to drill the Tanager-1 well last November, whose outcome was uneconomic in nature. It was located near the Kaieteur Block, offshore Guyana. Southwest of the Kaieteur Block lies the famous Stabroek block, wherein ExxonMobil has made 18 promising world-class oil discoveries. It estimates gross resources of much more than 9 billion barrels of oil equivalent in the Stabroek Block, wherein ExxonMobil has Hess Corporation (HES - Free Report) and China’s CNOOC Limited (CEO - Free Report) as partners.

ExxonMobil has gained 26.5% in the past three months. It currently has a Zacks Rank #2 (Buy). 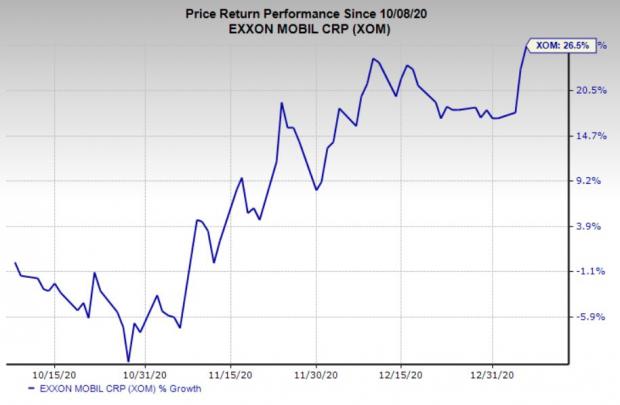