Ford Motor Company (F - Free Report) recently announced that the company will shut its three manufacturing plants — Camacari, Taubate and Troller plants — in Brazil as it is restructuring the South American business.

The Dearborn-based automaker further noted that production will be ceased immediately at the factories due to the coronavirus mayhem, which has caused the under-utilization of the company’s manufacturing facilities, resulting in idle capacities. In addition, the company stated that its cost-cutting measures and need to boost efficiency are key reasons for this decision.

Ramifications of the Decision

On account of the decision, Ford currently expects to incur pre-tax charges of $4.1 billion, of which $2.5 billion pertains to 2020 and $1.6 billion to 2021. The charges encompass $1.6 billion of non-cash charges attributable to writing-off certain tax receivables and for accelerated depreciation and amortization. The remaining charges of $2.5 billion will be paid in cash, primarily in 2021, on account of separation, layoffs, settlement and other payments.

Production will halt immediately at the Camaçari and Taubate plants in Brazil, with some parts production to be continued for a few months to support inventories for after-market sales. Nonetheless, the Troller plant will continue operations until the fourth quarter of 2021. The auto giant will also terminate sales of EcoSport SUV, Ka subcompact cars and T4 SUV in South America once the inventories are exhausted.

The automaker further clarified that it will retain its regional headquarters, product development centre and proving grounds in Brazil. In fact, the company’s manufacturing operations in Argentina and Uruguay, and in other South America markets will not be affected. The Brazilian clients will be catered with a portfolio of exciting connected and increasingly-electrified SUVs, pick-ups and commercial vehicles sourced through these regions.

The decision has come in as major blow to the Brazilian economy where Ford has operated for more than a century. The plant closures would involve job losses for approximately 5,000 employees in Brazil. Brazil's Economy Ministry mourned Ford's decision to end production in the country, which has led to a dire need to enforce reforms in the country in order to improve the business climate.

Rationale Behind the Decision

This decision was imperative for Ford as the company is actively evaluating its businesses globally, including in South America, making choices and allocating capital in ways that aid the automaker to achieve 8% global operating margins. Ford is revamping its business model by turning around the conventional automotive business, while simplifying and innovating all aspects of the company. At the same time, it is capitalizing on its existing strength by exiting loss-making businesses and partnering with other companies to enhance efficiency and expertise.

Moreover, the latest decision is part of the company’s $11-billion global restructuring plan, of which $4.2 billion was accounted through the third quarter of 2020.

The company claims to be transiting to a lean, asset-light business model by halting production in Brazil. Nonetheless, the automaker is focused on serving customers in Brazil with the all-new Ranger pickup, Transit van, Bronco and Mustang Mach 1 and several of its most premium models. The company also plans to expedite the launch of several connected, electrified and autonomous models in order to address the rising need of green transportation solutions.

The closures in Brazil mark another retreat by Ford in a developing market after the company called off its auto joint venture with India's Mahindra and Mahindra recently.

Notably, shares of Ford have appreciated 0.7% in the past year compared with its industry’s rally of 309.1%. 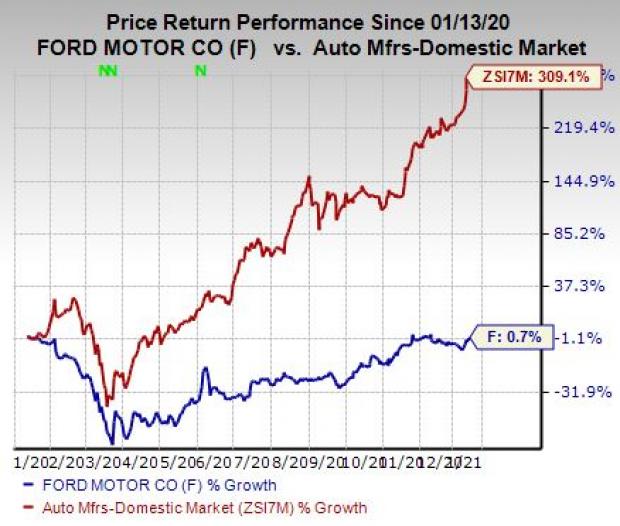 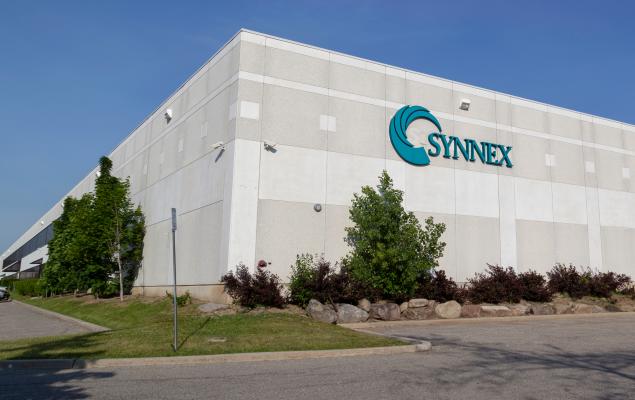