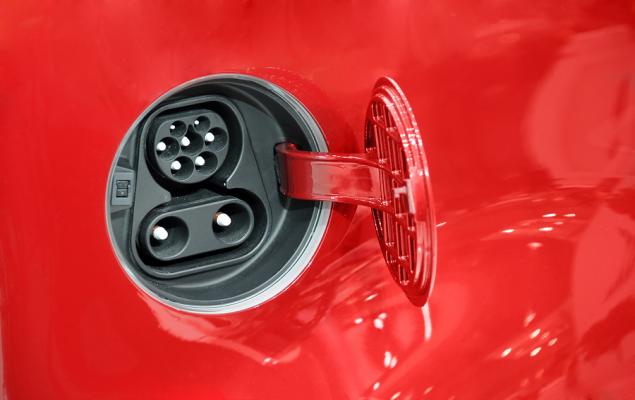 BrightDrop was introduced in an online keynote address at the CES annual tech and gadget show. It has emerged out of the General Motors Global Innovation organization, joining the fleet of other recently-introduced Global Innovation start-ups, such as OnStar Insurance, OnStar Guardian and GM Defense.

BrightDrop will initially serve customers in the United States and Canada. It will be headed by Travis Katz, who has an excellent track record as a technology leader, entrepreneur and investor. His leadership will help BrightDrop enhance General Motors’ vision of zero crashes, zero emissions and zero congestion several notches higher.

Per the Detroit-based automaker, the first product to be rolled out early this year in the new unit will be the BrightDrop EP1, a propulsion-assisted, electric pallet, which can move goods from the delivery vehicle to the customer's front door with the target of reducing package touch points, costs, and physical stress on delivery drivers. Some exotic features and benefits include built-in electric hub motors, with adjustable speed up to 3 mph, potential to maneuver in tight spaces, and payload capacity of 200 pounds.

The second product — EV600 — an all-electric light commercial delivery van is slated to be unveiled by the end of this year and become more widely available to customers by early 2022. FedEx Express will be the first customer of the EV600 as well.

EV600, in fact, will be the first commercial vehicle equipped with General Motors' next-generation Ultium battery system with an estimated range of up to 250 miles on a full charge. With this, BrightDrop introduces the automaker’s Ultium platform to the commercial vehicle segment, featuring Level 2 and DC fast charging capabilities.

The EV600 will provide a zero-emission transportation solution, in combination with a range of advanced safety and convenience features more common in consumer electric vehicles (EVs).

Apart from these, BrightDrop offers an integrated, cloud-based software platform, developed to provide customers access to their BrightDrop products through both web and mobile interfaces.

Thus, BrightDrop offers a smart solution to delivering goods and services. With the advent of this unit, General Motors is capitalizing on its expertise in electrification, mobility applications, telematics and fleet management, to design a new one-stop-shop solution for commercial customers enabling them to deliver goods in an efficient and more sustainable manner. This fresh business unit will unlock new opportunities in the B2B sector for the company, while also expanding its Ultium platform. It will also help meet the surging demand for urban last-mile delivery, while also reducing the carbon impact on the planet.

The latest BrightDrop delivery business will place General Motors in direct competition with its rival Ford (F - Free Report) that is already developing electric commercial vehicles for customers. Nonetheless, this is one sector that EV giant Tesla (TSLA - Free Report) is yet to navigate to.

At the same event, General Motors also hosted a virtual unveiling of a futuristic flying Cadillac — a self-driving vehicle — which takes off and lands vertically, and carries the passenger above the streets and through the air. The company described this concept as “reimagining the future of personal transportation”.

The single-seater Cadillac is an electric vertical takeoff and landing (eVTOL) aircraft, which will be able to travel from urban rooftop to urban rooftop at speed up to 55 miles per hour. It is fully autonomous and all-electric, with a 90kW motor, an Ultium battery pack and an ultra-lightweight body with four pairs of rotors.

The automaker also showed off a luxury egg-shaped autonomous vehicle — a Cadillac boxy shuttle with sliding doors and a panoramic glass roof — without the traditional controls like a steering wheel and pedals. The cabin has wrap-around lounge-like seating with biometric sensors, voice control and hand gesture recognition.

Both products, not likely to go into production anytime soon, have been designed to flaunt General Motors’ design intentions for future products, as well as serve as a symbol of the brand’s manufacturing skills and capabilities. These also form a crucial part of the automaker’s vision for a multi-modal future.

Other automakers, including Toyota Motor (TM - Free Report) and Geely Automobile, have previously already flaunted flying vehicles as part of their future planning.

General Motors has always been at the forefront of the automotive revolution and is focused on its vision of an all-electric future. The launch of Brightdrop and the unveiling of the two futuristic e-vehicles have taken the automakers e-mobility game a notch higher.

Recently, the automaker also rolled out a new marketing campaign, "Everybody In", to underscore its commitment and renewed efforts to accelerate the mass adoption of EVs. As part of the campaign, the auto giant also unveiled a new GM logo, meant to amplify the automaker’s renewed commitment to the production and sale of electric vehicles.

Shares of General Motors have appreciated 36.1% over the past year, underperforming the industry’s 279% rally. 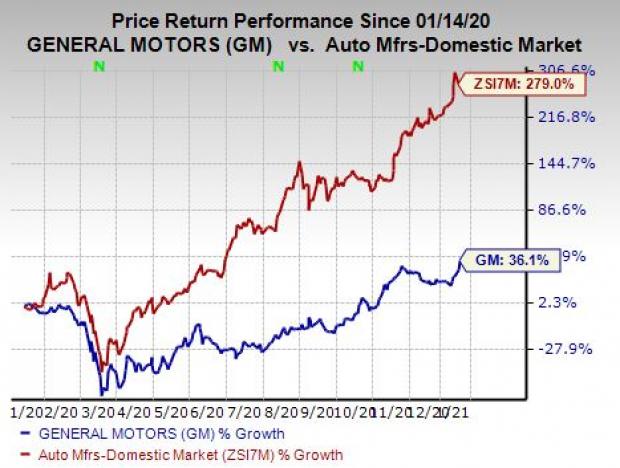