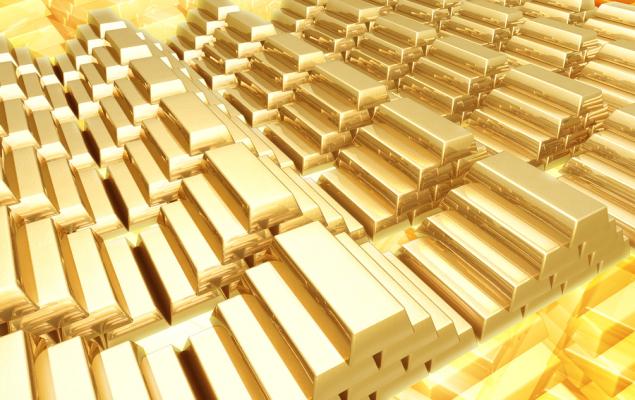 The Zacks Consensus Estimate for fiscal second-quarter earnings is pegged at 92 cents, suggesting an improvement of 46% from the prior-year reported figure. The estimate has remained unchanged for the past 30 days.

Royal Gold is focused on allocating its solid cash flow to dividends, debt reduction and investments in new businesses. As of Oct 2, 2020, the company had $800 million available and $200 million outstanding under the revolving credit facility aided by the diversification of the Peak Gold Project.

On Sep 30, 2020, Royal Gold entered into an agreement with Kinross Gold Corporation (KGC - Free Report) to sell its interest in the Peak Gold Project and its shareholding in Contango Ore, Inc. for cash proceeds of $61.3 million and increased royal interests. Additionally, Royal Gold will receive net smelter return (NSR) royalty on silver produced from the current resource area as well as on certain State of Alaska mining, owned by Contango. The deal will enable Royal Gold to focus on its core royalty and streaming business.

Royal Gold is a precious metals stream and royalty company engaged in the acquisition and management of precious metal streams, royalties and similar production-based interests. As of Dec 31, 2020, the company owned interests on 189 properties on five continents, including interests on 41 producing mines and 17 development stage projects. Gold continues to be the most significant revenue driver for Royal Gold and accounted for 75% of total revenues in the fiscal first quarter. Gold prices were up 24.6% in 2020 primarily owing to the coronavirus pandemic. Over the coming years, the combination of lower supply and higher demand  are likely to support gold prices, which bodes well for Royal Gold.

Over the past year, Royal Gold’s shares have declined 4.2% against the industry’s growth of 25.5%.

Fortescue has a projected earnings growth rate of 53.6% for fiscal 2021. The company’s shares have surged 83.7% in six months’ time.