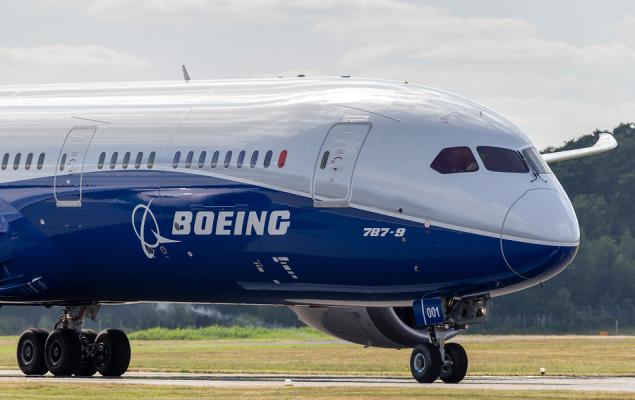 The Boeing Company (BA - Free Report) has recently revealed delivery figures for its commercial and defense operations for the fourth quarter of 2020 along with the full-year figures. The figures reflect a sizeable 25.3% decline in commercial shipments from the previous year’s tally, while defense shipments also plunged 40.4%.

Combining both segments, Boeing’s total deliveries in the fourth quarter were merely 93 units compared with 136 units delivered in the year-ago period. In 2020, the company delivered a total of 157 commercial aircraft, while defense deliveries totaled 154 units.

In its defense and space business, Boeing’s deliveries totaled 34 in fourth-quarter 2020, which deteriorated from 57 dispatched in the prior-year period.

Such a drop in delivery figures can once again be attributed to coronavirus-led business restrictions that reduced and, in certain cases, paused shipment activities within the United States as well as across borders.

Airbus SE (EADSY - Free Report) remained miles ahead in terms of deliveries made, as the European aircraft giant delivered a total of 147 commercial aircraft in the fourth quarter of 2020 compared with Boeing’s 59. Furthermore, Airbus was successful in delivering 566 commercial aircraft in the whole of 2020 compared with Boeing’s 157 deliveries. Evidently, in terms of commercial deliveries, Boeing’s arch-rival, Airbus, remained way ahead in 2020 and was able to retain its leading position globally. Interestingly, Airbus’ backlog included 7,184 jets at the end of 2020, while Boeing’s included only 4,223 jets, down 22% since the end of 2019.

Notably, in December 2020, the company could not deliver a single 787 jet, largely due to the ongoing inspections of the widebody aircraft to ensure that the jet meets Boeing’s quality standards, per a company official. Furthermore, as the impacts of the coronavirus pandemic continue to cripple aircraft demand since March 2020, the company had to encounter a significant drop in aircraft deliveries.

Shares of the company have gained 15.8% in the past six months compared with the industry’s growth of 6.3%. 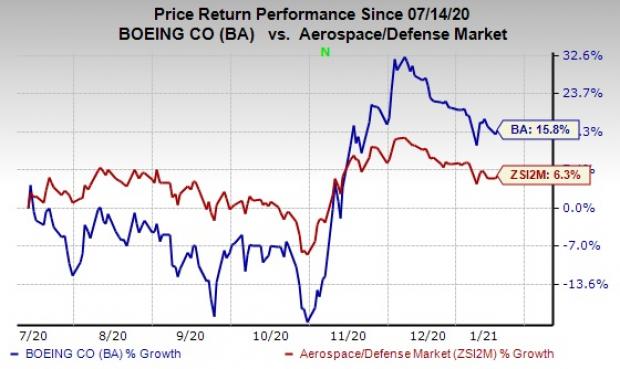 Leidos came up with an average positive earnings surprise of 17.57% in the last four quarters. The Zacks Consensus Estimate for 2021 earnings has increased 0.2% to $6.39 per share in the past 30 days.

Transdigm Group delivered an average positive earnings surprise of 37.24% in the last four quarters. The Zacks Consensus Estimate for 2021 earnings has climbed 1.1% to $11.50 per share in the past 30 days.