Lilly’s Alzheimer’s Disease Candidate Meets Primary Goal in Phase II: Lilly’s investigational antibody, donanemab, led to significant slowing of decline in a composite measure of cognition and daily function in patients with early symptomatic Alzheimer's disease compared to placebo in a pivotal phase II study (TRAILBLAZER-ALZ).  The study's primary endpoint was change from baseline until 76 weeks in the Integrated Alzheimer's Disease Rating Scale (iADRS). Donanemab met the primary endpoint, slowing decline in cognition and function by 32% versus placebo, which was statistically significant.  Currently, no treatments that slow cognitive decline in Alzheimer’s disease patients have been approved by the FDA. Lillyalso has another pivotal study, TRAILBLAZER-ALZ 2, ongoing on the candidate.

The FDA has accepted Lilly’s supplemental new drug application (sNDA) seeking approval for its diabetes medicine, Jardiance as a treatment to reduce the risk of cardiovascular death and hospitalization for heart failure as well as to slow kidney function decline in adults with chronic heart failure with reduced ejection fraction.

Novartis In-Licenses Rights to BeiGene’s PD-L1 Inhibitor: Novartis signed a collaboration with China’s BeiGene to in-license ex-China rights to the latter’s late-stage anti-PD-1 monoclonal antibody, tislelizumab for an upfront payment of $650 million plus royalties and milestone payments. Novartis secures development and commercialization rights inmajor markets outside of China like North America, Europe, and Japan. Tislelizumab is approved to treat classical Hodgkin’s lymphoma and metastatic urothelial carcinoma in China while several studies are ongoing in non-small cell lung cancer (NSCLC) and other cancer indications.

Sanofi to Buy Kymab, Add Global Rights to Immunology Candidate: Sanofi announced an agreement to acquire Kymab, which will add global rights to the former’s lead pipeline candidate KY1005, a potential treatment for a range of immune and inflammatory diseases. KY1005, a human monoclonal antibody, has a novel mechanism of action as it targets key immune system regulator, OX40L. The acquisition, if successfully closed, will strengthen Sanofi’s presence in immunology.

FDA Approves Expanded Use of Pfizer’s Xalkori: The FDA granted approval to Pfizer’s (PFE - Free Report) cancer drug Xalkori for the treatment of relapsed or refractory ALK-positive anaplastic large cell lymphoma (ALCL), a rare form of non-Hodgkin lymphoma (NHL), in pediatric patients and young adults. Xalkori is presently approved to treat metastatic   ALK- or ROS1-positive NSCLC. It is not approved for relapsed or refractory, systemic ALK-positive ALCL in older adults.

EU Approval to Roche’s Xofluza for Influenza: The European Commission granted approval to Roche’s (RHHBY - Free Report) Xofluza, a single-dose oral medicine, to treat uncomplicated influenza in patients aged 12 years and above. Additionally, Xofluza has been approved as a preventative treatment for influenza in those aged over 12. The approval was based on results of phase III studies Capstone-1, Capstone-2, and Blockstone.

FDA’s Priority Review to Merck’s Pneumococcal Vaccine: The FDA accepted Merck’s (MRK - Free Report) biologics license application (BLA) for V114, its investigational 15-valent pneumococcal conjugate vaccine for use in adults. With the FDA granting priority review to the BLA, the FDA’s decision is expected on Jul 18, 2021. A regulatory application for V114 is also under review in the EU.

European Commission Approves Glaxo’s Tivicay for Pediatric Use: The European Commission granted marketing approval to Glaxo’s (GSK - Free Report) Tivicay (dolutegravir) 5mg dispersible tablets for treating HIV-1 in pediatric patients in Europe. The tablet will be available for oral suspension to treat pediatric patients aged at least four weeks and weighing at least 3kg. Meanwhile, the EC also approved an expanded label of Tivicay film-coated tablet (10mg, 25mg and 50mg for use in pediatric HIV patients (6 years and older and weighing at least 14kg). The FDA approved Tivicay for pediatric use as Tivicay PD in June 2020.

Here’s how the eight major stocks performed in the last five trading sessions.

In the past six months, while Lilly recorded the maximum rally (13.2%) AstraZeneca declined the most (10.7%).

Watch out for pipeline and regulatory updates next week. 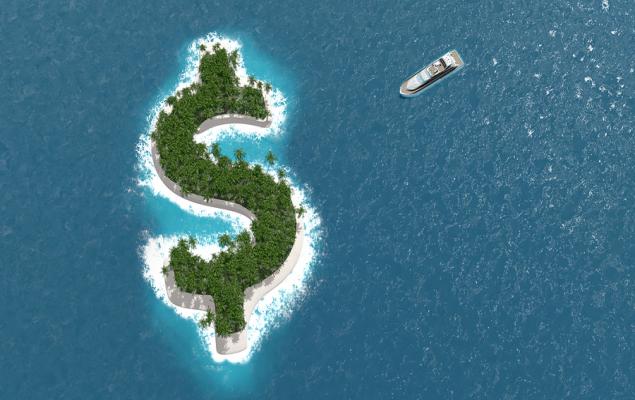 Make a Fortune With These 4 High Earnings Yield Picks