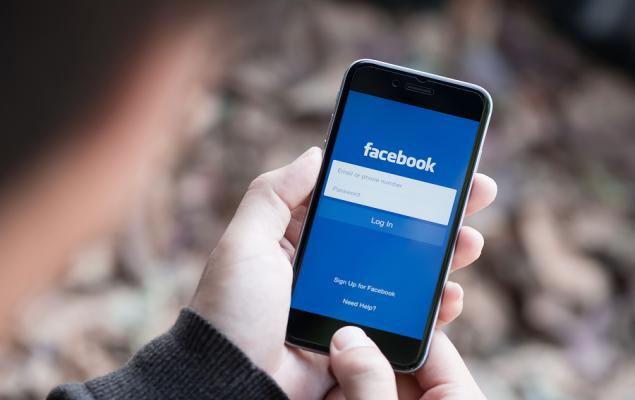 Facebook’s (FB - Free Report) shares have returned 17.9% in the past year, underperforming the Zacks Internet - Services industry's rally of 22.6%. The lag in performance can be attributed to mounting scrutiny of late over misinformation handling and antitrust probes for violating competition law.

More recently, the United States urged the Australian government to ditch proposed media laws that would force tech giants Facebook and Alphabet (GOOGL - Free Report) owned Google to compensate publishers for the value their news generate for the platforms.

The government of Australia announced the legislation last month after an investigation by the Australian Competition and Consumer Commission (ACCC) found that for every A$100 of online advertising spend, A$53 goes to Google, A$28 to Facebook and A$19 to other media companies.

Under the law, which is currently before a senate committee, Google and Facebook will be subject to mandatory price arbitration if a commercial agreement on payments to Australian media cannot be reached.

Markedly, news does not generate significant revenues for Facebook. Only about 4% of Facebook’s News Feed constitutes news, as opposed to posts from family and friends.

This Zacks Rank #2 (Buy) company has denied it is the cause of problems for Australia’s news ecosystem, arguing it brings billions of clicks and hundreds of millions of dollars to news outlets, despite negligible benefit to the company. You can see the complete list of today’s Zacks #1 Rank (Strong Buy) stocks here. 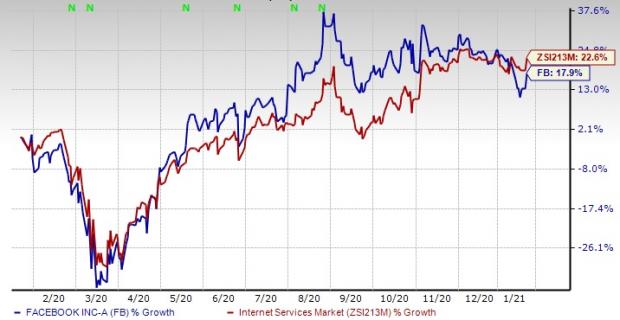 This move by Australian parliament comes at a time when other countries like Britain are considering rules to regulate big tech giants like Facebook, Google, Twitter (TWTR - Free Report) , Amazon and Apple (AAPL - Free Report) , among many others.

According to the Competition and Markets Authority (CMA), a legally binding code of conduct backed by penalties could extend to fines of up to 10% of turnover.

Moreover, the Federal Trade Commission (FTC) in the United States, along with the 46 states, the District of Columbia and Guam have filed a lawsuit against Facebook, questioning the 2012 acquisition of Instagram for $1 billion and the subsequent 2014 acquisition of WhatsApp for $19 billion.

FTC claims such buyouts to be a strategy to neutralize the threat on Facebook’s monopoly power over social media. It further states that for future deals, Facebook will need to seek prior approval of FTC.

Meanwhile, Texas attorney general Ken Paxton has filed an antitrust lawsuit against Google for colluding with Facebook in an illegal deal to manipulate auctions for online advertising.

Markedly, Ireland’s DPC (Data Protection Commission) imposed a fine of 450,000 euros or $547,000 on Twitter over a bug that made private tweets appear public.

Additionally, Apple’s App Store has been facing backlash from third-party developers over the past year for forcing them to pay a 30% cut and only use the company's own in-app purchasing system.

Facebook, thanks to its huge user base, has gained significant market share in the advertising space. Online video is the most lucrative component of digital advertising. As video ads generate more revenues than its photo and text-based substitutes, Facebook is trying to incorporate more and more video-oriented content to bring in more ad dollars and bolster brand value.

Facebook’s ad revenues increased 22.1% year over year (21% at cc) to $21.22 billion in third-quarter 2020. The company expects ad-revenue growth on a year-over-year basis to be better than the third quarter’s growth rate, driven by continued strong advertiser demand during the holiday season.

Additionally, Facebook disallowed political and social issue ads in Georgia, beginning early Jan 6, 2021 after the conclusion of the state's runoff elections. Both Facebook and Google had paused political ads after the Nov 3 presidential election as part of measures to battle misinformation and other abuses.

Moreover, Facebook is working with IFCN-certified third-party fact-checkers that debunk false claims. We expect these efforts to curb misinformation and create trustworthiness in the long haul.