Some of the largest technology companies are slated to report this week. So given their market cap and index representation, it does look like it’s going to be a big week for Wall Street.

Tech companies have benefited in more ways than one from the pandemic that worked its way across the world.

The whole world turned to digital channels to work, play, entertain, school, etc. And it wasn’t just the personal lives that went into hyper-digital mode, but also governments, public bodies, corporate events, ecommerce, team meetings, and all the rest of it.

On the one hand, this meant that everyone was forced to use more tech, whether hardware or software. And this was positive for the providers of these things.

On the other hand, it helped tech companies amass a humongous amount of data that people willingly turned over to them in the interest of their own safety.

It was a total coup for the tech sector because it meant that the big could get bigger and the powerful, even more so.

So as we head toward earnings reports from Microsoft, Facebook, Apple, etc, I get the feeling that we’re heading toward even more good news. So I thought I’d take a closer look to see if there’s any reason to believe that things might go in the opposite direction this quarter.

The #3 (Hold) ranked company will be reporting tomorrow, along with Advanced Micro Devices, Texas Instruments, Xilinx and eBay (in the tech sector).

On the call with analysts last quarter, CFO Amy Hood said, “In our commercial business, customers accelerated their digital transformation priorities. And we again saw strong demand for our differentiated, high-value hybrid and cloud offerings, resulting in increased commitment to our platform and higher usage.” “And we saw continued strong engagement across our gaming platform.” There was also an “increase in the number of large long-term Azure contracts”. Consumer adoption of Microsoft 365 subscriptions was strong and a stronger ad market helped LinkedIn revenue.

The gross margin weakened however, because of “increasing cloud revenue mix and continued investments such as trial offers and flexible financing options.”

As an indication of management and broker sentiment after these results, we can see that the Zacks Consensus Estimate for 2021 went up from $6.36 to $6.74 (6.0%). However, that was taken down a notch to $6.73 in the last 30 days. So while it’s a decline, it looks more like a fine-tuning of estimates than any specific negative sentiment. The estimate for 2022 (ending June) continues its upward trajectory.

AMD isn’t part of big tech, but the #3 ranked company is worth discussing because of the way it’s taking share from market leader Intel, having transferred its manufacturing to outside foundries to double down on the design side.

That strategy worked really well and we were all expecting Intel to follow the same route this year. But Intel’s new CEO put those speculations to rest when he said that Intel would take the process lead again and that it would outsource production of only certain chips now. Which means that in the interim (and we don’t know how long that will be), AMD will have a field day.

There really isn’t any good reason to think that the one in the lead (TSM) will suddenly fall behind just because Intel has a new man at the helm, and especially considering that Intel has tried and failed at this before. Of course, it could succeed since Gelsinger is a man of science. But if it does, it still gives AMD a lot of room to run in the next few quarters.

The PC market strength is a positive for AMD as well. In addition, its growing adoption in the data center and HPC, as well as the Xilinx acquisition means continued strength for the company.

Apple will be reporting on Wednesday, along with Facebook, Tesla, Lam Research, among several others. So that promises to be another big day.

The #2 (Buy) ranked company reported record results across segments in the last quarter, as computing, consumer and personal electronics demand remained strong. Management expects a strong December quarter with the newly launched iPhone 12 expected to generate growth in the iPhone product line. All other product lines and also the services business are expected to grow double-digits.

After the announcement, there were minimal changes in the 2021 estimates. The estimate for 2022 (ending September) increased from $4.29 to $4.37, and has moved up a penny since then.

Last quarter was particularly strong for the company, as the push to online commerce drove advertising on the platform. This is a secular trend that will continue to fuel revenue in future quarters.

While both DAUs and MAUs grew in the last quarter, these metrics continue to moderate in the U.S. and Canada.

Management did however mention a regulatory impact on targeting and measurement, as well as with respect to data transfers across the Atlantic.

There has been no recent downward revision.

These big tech companies aren’t likely to see any reversal in fortune this quarter, or for that matter, in any of the next few quarters. If anything, they’re likely to post strong results and see their shares move higher. This promises to be a good week for the markets as well.

Experts extracted 7 stocks from the list of 220 Zacks Rank #1 Strong Buys that have beaten the market more than 2X over with a stunning average gain of +24.9% per year. 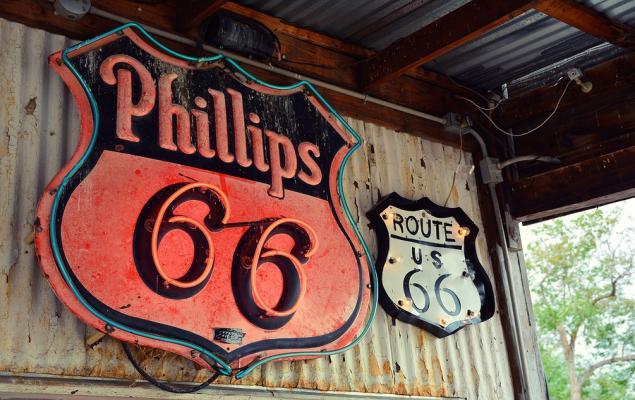 Phillips 66 (PSX) Gears Up for Q4 Earnings: What's in Store?