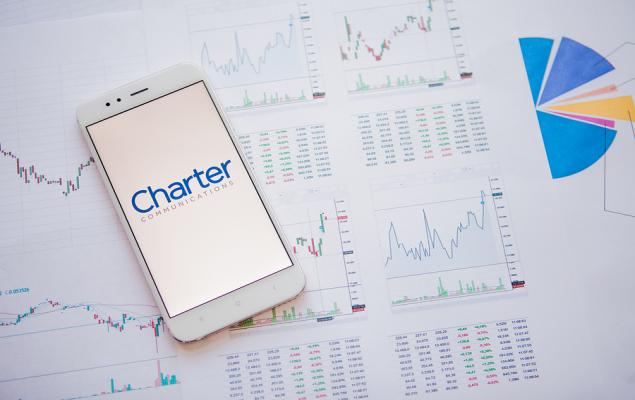 Charter (CHTR) to Report Q4 Earnings: What's in the Cards?

The Zacks Consensus Estimate for fourth-quarter 2020 revenues is pegged at $12.56 billion, indicating a 6.8% increase from the year-ago quarter’s reported figure.

Moreover, the consensus mark for earnings has moved up 0.2% to $4.93 over the past 30 days, suggesting growth of 46.2% from the figure reported in the year-ago quarter.

Notably, Charter beat on earnings in three of the trailing four quarters, missing the same in one, the average negative surprise being 19.62%. 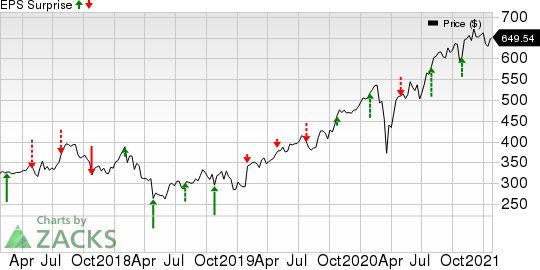 Charter’s top line in the to-be-reported quarter is expected to have benefited from an increased number of Internet subscribers amid coronavirus-induced social distancing norms. Increased media consumption and work-from-home wave are expected to have augured well for this cable giant.

In the to-be-reported quarter, Charter’s Spectrum Enterprise announced that Spectrum has doubled the starting download speed of Spectrum Internet from 100 to 200 Mbps, reaching approximately 8 million additional homes across 17 U.S. markets.

Moreover, Charter’s expanding mobile subscriber base is also a key catalyst. The consensus mark for fourth-quarter mobile revenues stands at $433 million, indicating a surge of 83.5% from the figure reported in the year-ago quarter.

The Zacks Consensus Estimate for Video revenues is pegged at $4.46 billion, indicating a decline of 0.2% from the figure reported in the year-ago quarter.

Notably, small and medium-sized businesses are the worst hit by the coronavirus. Charter’s substantial exposure (roughly 2 million customers) to this cohort is expected to have negatively impacted its top-line growth in the to-be-reported quarter.

Nonetheless, partial easing of social norms and resumption of business operations in SMB are expected to have benefited Charter’s recovering advertising business. The Zacks Consensus Estimate for advertising sales is pegged at $481 million, implying 10.8% growth from the figure reported in the year-ago quarter.

Charter has an Earnings ESP of -0.54% and a Zacks Rank #3. You can uncover the best stocks to buy or sell before they’re reported with our Earnings ESP Filter.

Here are a few companies you may want to consider, as our model shows that these have the right combination of elements to post an earnings beat in their upcoming releases:

Qorvo, Inc. (QRVO - Free Report) has an Earnings ESP of +0.78% and carries a Zacks Rank of 2 currently. You can see the complete list of today’s Zacks #1 Rank stocks here.