Notably, the company’s shares have depreciated 6.1% over the past year, compared with the 0.9% decline of the industry it belongs to. 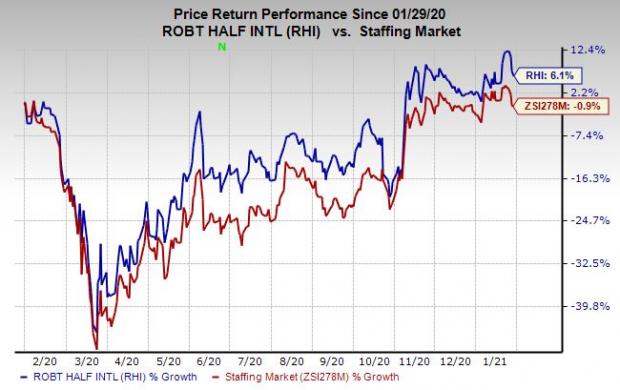 The quarter had 61.7 billing days compared with 64.3 in the year-ago quarter. At present, Robert Half operates 326 staffing locations worldwide, with 88 locations situated in 17 countries outside the United States.

Currently, Protiviti, along with its independently owned Member Firms, has a network of 86 locations in 27 countries.

Robert Half ended the quarter with cash and cash equivalents of $574 million compared with $587 million witnessed at the end of the previous quarter. Robert Half paid out $39 million in dividends and repurchased shares worth $63 million in the reported period.

EPS is expected between 74 cents and 84 cents, the midpoint (79 cents) of which is higher than the Zacks Consensus Estimate of 68 cents.

Is Clorox (CLX) Likely to Report a Beat in Q2 Earnings?