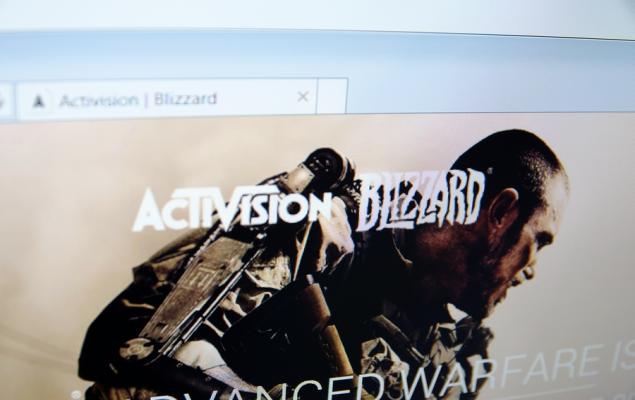 Consolidated revenues increased 21.5% year over year to $2.41 billion. Adjusting for revenues from non-reportable segments, net effect from the recognition of deferred revenues and elimination of intersegment revenues, total revenues climbed 11.5% to $2.81 billion.

The Zacks Consensus Estimate for earnings and revenues was pegged at $1.18 per share and $3.05 billion, respectively.

Based on distribution channels, Activision Blizzard reported retail channel sales of $234 million, down 24.5% year over year. However, digital online revenues of $1.87 billion were up 30.2% from the year-ago quarter. Moreover, other revenues increased 28.7% year over year to $305 million.

The segment’s top-line growth benefited from strong demand for Call of Duty (COD) franchise that grew by a double-digit percentage year-over-year. COD in-game net bookings on console and PC grew more than 50% year-over-year.

Call of Duty Mobile net bookings grew double digits on a year-over-year basis. Late December, the game was launched in China, where it was an instant hit.

However, sales & marketing expenses were $338 million, down 0.3% year over year.

Total costs & expenses on a non-GAAP basis increased 19.4% year over year to $1.67 billion in the reported quarter.

For first-quarter 2021, Activision Blizzard expects non-GAAP revenues of $2 billion and earnings of 59 cents per share. Net bookings are expected to be $1.75 billion.

For 2021, Activision Blizzard anticipates non-GAAP revenues of $8.23 billion and earnings of $3.34 per share. Net bookings are expected to be $8.45 billion.

Take Two and Fox are set to report their quarterly results on Feb 8 and 9, respectively. TEGNA is scheduled to report the same on Mar 1.