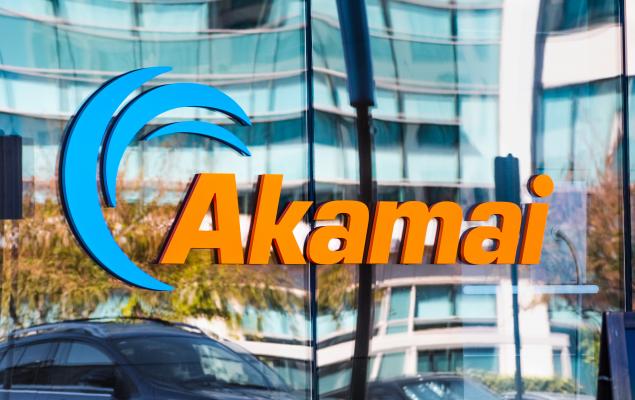 Akamai Technologies (AKAM - Free Report) reported fourth-quarter 2020 adjusted earnings of $1.33 per share that beat the Zacks Consensus Estimate by 0.8%. The figure rose 8% year over year (up 6% after adjusting for forex).

Revenues of $846.3 million outpaced the Zacks Consensus Estimate by 1.9% and increased 10% year over year (up 8% after adjusting for forex). Continued momentum seen in security solutions as well as higher traffic on its intelligent Edge platform benefitted the top line.

Despite better-than-expected results, share are down 7.9% in the pre-market trading on Feb 10.

Cloud Security Solutions revenues were $296 million, up 24% year over year (up 23% after adjusting for forex). The top line was driven by robust demand for web security solutions as well as contribution from Asavie acquisition. The acquisition of Asavie contributed $8 million in the fourth quarter.

Further, Akamai announced that it concluded the acquisition of Asavie in the fourth quarter of 2020. Asavie specializes in Internet of Things (IoT), mobile and security solutions.

Revenues from CDN and other solutions of $550.2 million increased 3% on a year-over-year basis year (up 2% after adjusting for forex).

Web Division revenues increased 5% year over year (up 4% after adjusting for forex) to $438 million, owing to strong growth in the security business.

Media and Carrier Division revenues of $408 million rose 15% (up 14% after adjusting for forex) year over year. The segment’s top line was driven by higher traffic video streaming and gaming software downloads.

Adjusted EBITDA margin of 43% expanded 200 bps on a year-over-year basis.

Cash operating expenses, as a percentage of revenues, contracted 380 bps from the year-ago quarter’s levels to 33.1%.

Non-GAAP operating margin expanded 100 bps on a year-over-year basis to 30%.

In the reported quarter, Akamai repurchased 0.7 million shares for $72.5 million. The company has approximately $572 million remaining in its previously-announced share repurchase authorization.

For first-quarter 2021, Akamai expects revenues between $822 million and $836 million. This suggests 5-7% year-over-year growth in constant currency. The Zacks Consensus Estimate for revenues is currently pegged at $817.6 million, which indicates growth of 7% from the year-ago quarter’s reported figure.

Notably, forex is expected to have a $4-million and $16-million positive impact on a sequential basis and year-over-year basis, respectively.

Non-GAAP earnings are envisioned in the range of $1.28-$1.31 per share. The Zacks Consensus Estimate is pegged at $1.28 per share, which calls for a rise of 6.7% from the year-ago quarter’s reported figure.

For 2021, Akamai expects revenues between $3.37 billion and $3.42 billion that indicates year-over-year growth of 4-6% on constant currency basis. Notably, forex is expected to have a $45-million positive impact on revenues for 2021 on a year over year basis.

The Zacks Consensus Estimate for revenues is currently pegged at $3.39 billion, which indicates growth of 6.7% from the year-ago quarter’s reported figure.

Akamai expects Non-GAAP operating margin to be 30% for 2021.

Non-GAAP earnings are expected between $5.33 and $5.46 per share. The Zacks Consensus Estimate is pegged at $5.46 per share, which calls for a rise of 4.9% from the year-ago quarter’s reported figure.

Shopify, Workday and CrowdStrike are scheduled to release earnings on Feb 17, Feb 25 and Mar 16, respectively.

Long-term earnings growth rate for Shopify, CrowdStrike and Workday are currently pegged at 32.5%, 25%, and 25.4%, respectively.