The drop in tech on might not mean much, as all three major U.S. indexes have continued to break records in February on the back of strong earnings results and positive guidance from many companies in different sectors. On top of that, Wall Street is banking on the vaccine helping people return to something like normal later this year.

The 2021 bull case is also pushed along by the Fed’s firm commitment to keep interest rates low. Wall Street is also pricing in more government spending under the Biden administration, which might help the U.S. economy shift into high gear by the summer.

With that said, investors should always be on the lookout for ways to diversify and bolster their portfolios. One great place to start is with large cap stocks that pay solid dividends.

Texas Instruments is a manufacturer of analog and embedded semiconductors that are utilized within the automotive and industrial sectors, as well as consumer electronics, communications equipment and elsewhere. The company returned to growth in the last two quarters after a tough stretch within the historically cyclical chip space.

Most recently, TXN topped our Q4 FY20 estimates on January 26, with revenue up 22% from the year-ago quarter to help its adjusted earnings surge over 60%. The positivity in the second half of 2020 helped Texas Instruments post small (0.5%) sales growth on the year.

Analysts have raised their outlooks for Texas Instruments since its report, with its FY21 consensus earnings estimate up over 14% and its FY22 figure 22% higher. Zacks estimates call for its revenue to climb over 15% this year to reach $16.68 billion—which would easily top FY18’s total—to help lift its EPS by 12%. The company’s top and bottom-line growth is expected to continue next year, and TXN’s strong post-release earnings revisions help it land a Zacks Rank #2 (Buy) right now.

TXN also sports “B” grades for both Growth and Momentum in our Style Scores system. The stock is also currently trading at a 13% discount compared to its own year-long highs in terms of forward earnings, despite the fact that its stock price hit new records earlier in the week.

TXN has jumped 17% in the last three months and 75% in the past three years and it’s not overbought in terms of RSI at the moment, sitting at 59—an RSI above 70 is often regarded as overbought, with any number below 30 considered oversold.

In fitting with the theme of the day, Texas Instruments dividend yields 2.3% at the moment to beat its industry’s 0.25% average, match fellow semiconductor giant Intel (INTC - Free Report) , and blow away the 10-year U.S. Treasury.

Caterpillar's machines help pave highways and excavate building sites. CAT also produces everything from marine diesel engines to gas generators, and it has introduced a services segment to help smooth out the cyclical nature of its business. The company topped our Q4 estimates on January 29 and its outlook has improved, with it set to return to growth in 2021.

Zacks estimates currently call for Caterpillar’s revenue to climb 10% in fiscal 2021 and another 11% in FY22. Meanwhile, its adjusted earnings per share are projected to jump by 21% and 29%, respectively during this stretch.

The construction and industrial titan’s longer-term earnings estimates have also improved since its fourth quarter release to help it capture a Zacks Rank #2 (Buy) right now. And despite tough economic conditions last year, CAT started to surge out of its years-long slump last March.

Shares of Caterpillar have more than doubled the S&P 500 over the past 12 months, up 48%. This run includes a 30% surge since the November election and the vaccine news, as Wall Street grows more bullish about an economic recovery and possible government infrastructure spending. The stock hit records on Tuesday of around $205 a share, yet it still trades at a 6% discount to its own 52-week highs in terms of forward earnings.

CAT could see some near-term selling pressure, with the stock up over 10% since near the end of January, which has pushed it right near that overbought RSI threshold of 70—it slipped all the way to 39 on Jan. 27. That said, longer-term investors might want to consider the dividend aristocrat with a 2.1% dividend yield that matches the 30-year U.S. Treasury that might be set to benefit from a possible economic boom in the U.S. and beyond.

ABBV is the maker of one of the world’s top-selling drugs, Humira. But its patent protections are running out, with biosimilars already available outside of the U.S. Meanwhile, domestic competition is set to start in 2023.

The prospect of its cash-cow being hobbled pushed AbbVie to complete its $63 billion acquisition of Allergan last May. The Allergan deal added Botox and other popular drugs to AbbVie’s portfolio that includes immunology, oncology, neuroscience, and more. ABBV also boasts a strong R&D pipeline.

AbbVie topped our Q4 estimates on Feb. 3, with its full-year sales up 38% to $45.78 billion, driven in large part by its Allergan deal. Luckily, the firm expects “impressive growth again in 2021” and it has faith that other drugs will be able to gain traction to help make up for Humira’s slowing international sales.

Zacks estimates call for AbbVie’s FY21 revenue jump another 22%, with FY22 projected to climb 7% above our current year projection to reach $59.62 billion. The pharmaceutical firm’s adjusted earnings are projected to climb 18% this year and 11% next year. AbbVie, which holds a Zacks Rank #3 (Hold) at the moment and an overall “A” VGM score, has seen its overall EPS outlook improve since its Q4 release.

ABBV has easily outpaced the Large-Cap Pharma industry during the past year, up 14% vs. 5%. The stock also rests about 6% off its mid-January records at the moment at around $106 a share. Despite its outperformance, AbbVie trades at a big discount to its industry at 8.3X forward 12-month earnings vs. 14.1X, and it rests at 50, or roughly neutral on the Relative Strength Index.

Investors should note that AbbVie’s valuation and its dividend helped attract Warren Buffett and Berkshire Hathaway in the third quarter, as they bought up pharmaceutical stocks. AbbVie has continually raised its dividend and its 4.9% yield destroys its industry’s 2.3% average, as well as Eli Lilly’s (LLY - Free Report) 1.6% and the S&P 500’s 1.5%. 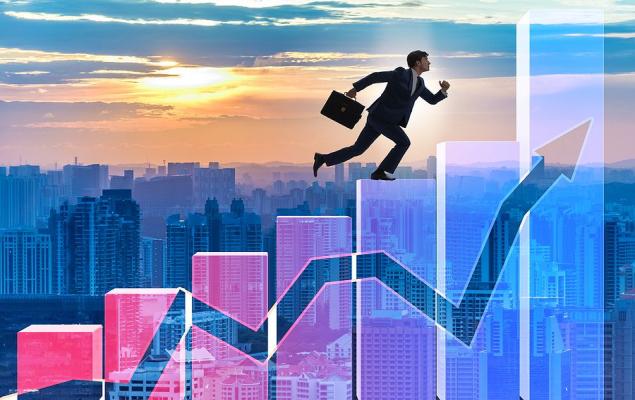