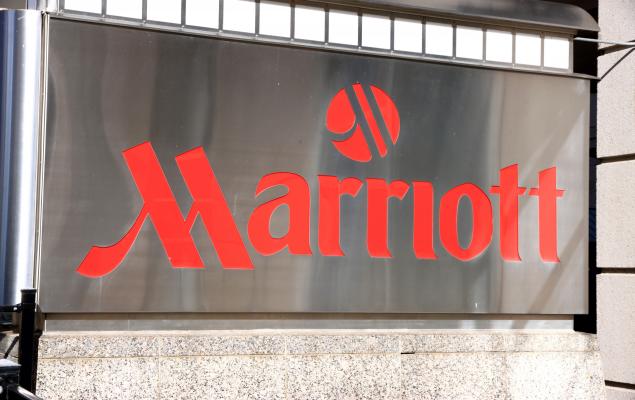 In the quarter under review, Marriott’s adjusted earnings per share was 12 cents, which beat the Zacks Consensus Estimate of 10 cents. In the prior-year quarter, the company had reported adjusted earnings of $1.51 per share. Although the coronavirus pandemic continues to hurt the company’s results, it is witnessing rise in demand globally at varying rates. The company stated China is leading the global recovery.

Quarterly revenues of $2,172 million missed the consensus mark of $2,425 million. Moreover, the top line declined 60% on a year-over-year basis. Base management and Franchise fee were $102 million and $277 million, down 66% and 45% year over year, respectively.

Executive vice president and chief financial officer, Leeny Oberg, said: "In 2020, we moved swiftly to right-size our business in response to the precipitous decline in revenue by reducing costs, strengthening our balance sheet, and lowering capital spending.  While the current environment remains challenging, we believe our financial condition is strong and we look ahead to the rest of 2021 with optimism."

In the quarter under review, revenue per available room (RevPAR) for worldwide comparable system-wide properties fell 64.1% in constant dollars (down 63.9% in actual dollars) due to 35.6% and 27.4% decline in occupancy and average daily rate (ADR), respectively. These metrics were impacted by the coronavirus pandemic.

Comparable system-wide RevPAR in Asia Pacific slumped 46.4% in constant dollars due to 18.1% decline in ADR and 25.4% fall in occupancy.

On a constant-dollar basis, international comparable system-wide RevPAR plunged 62.7% (down 62.2% in actual dollars) due to decline of 37.1% and 22.3% in occupancy and ADR, respectively.

Total expenses fell 55% year over year to $2,300 million, primarily due to decline in Reimbursed expenses.

Adjusted earnings before interest, taxes, depreciation and amortization (EBITDA) amounted to $317 million, down 65% year over year.

At the end of the fourth quarter, Marriott's total debt amounted to $10.4 billion, compared with $10.9 billion in December 2019. During the quarter, the company reduced its net debt by more than $600 million.

The company’s net liquidity at the end of quarter was nearly $4.4 billion.

Due to uncertainty revolving around the crisis, the company temporarily suspended its share repurchase programs and dividend payouts.

At the end of fourth-quarter 2020, Marriott's development pipeline totaled nearly 2,900 hotels, with approximately 498,000 rooms. Further, nearly 229,000 rooms were under construction.