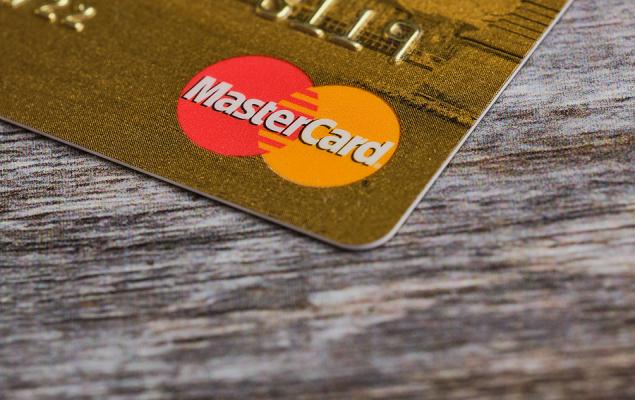 Mastercard Inc.’s (MA - Free Report) Island Pay, a payment service provider and electronic money institution and the Central Bank of The Bahamas have come together to offer central bank digital currency (CBDC) to the Bahamians.

The Central Bank of Bahamas will issue digital Sand Dollar, which will carry the same value and consumer protections as a fiat currency.

The role of Island Pay is that it will issue the Bahamas Sand Dollar prepaid card to enable Bahamians to instantly convert the digital currency into traditional Bahamian dollars, which can then be used like a fiat currency.

Mastercard’s payment network will allow that prepaid card to be used at all the islands where its branded cards are accepted as well as around the world.

The CBDC is of utmost need for a region like the Bahamans, which has 700 small islands and more than 5000 square miles of water, which makes cash movement very costly.

The digital currency can be used to facilitate government disbursements, offer additional payment choices and build a more inclusive economy. The Sand Dollar was first tried and tested in 2019 and put to use in October 2020.  However, the access to the same was limited to only registered users through a digital app at a select few merchants. The CBDC will also likely be offered to the tourists down the line.

Mastercard has been actively working toward CBDC for a while now as is evidenced by the fact that last September, it launched a proprietary virtual platform for the trial of the use cases of these digital currencies.

The platform enables the simulation of issuance, distribution and exchange of CBDCs among banks, financial service providers and consumers. Central banks, commercial banks, and tech and advisory firms are invited to partner with Mastercard to assess CBDC tech designs, validate use cases and evaluate interoperability with the existing payment rails available for consumers and businesses today.

Mastercard’s  strategic step to support CBDCs reflects its efforts to facilitate practical, safe and secure development of digital currencies, which are gaining prominence as the global economy is moving toward digital payments.

This trend is prompting central banks to explore CBDCs and look for innovative ways to maintain monetary policy and financial stability as they issue and distribute currency. CBDCs are also going to be a catalyst for modernizing the payments ecosystem.

Mastercard will be assisting central banks to better understand the range of technological possibilities and capabilities available with respect to CBDCs.

According to a recent survey by the Bank for International Settlements, 80% of central banks is engaging in some form of CBDC work and about 40% progressed from the research level to experiment with the concept and design. This shows that banks at large are advancing into the direction of CBDCs though the same is yet to come into actual use.

Just like paper currency and coins, CBDC will be fixed in nominal terms and be universally accessible as well as valid as a legal tender for all public and private transactions.

The existing payment ecosystem uses physical cash, checks, card networks, real-time payments (account to account) or electronic transfer of money. CBDC is an innovative payment instrument that can co-exist with the traditional forms. It has the advantage of lowering printing costs for governments and can also minimize the usage of cash.

A number of other compelling reasons make CBDC an attractive proposition for the central bankers. CBDC enhances monitoring of financial activity and allows greater control and traceability compared to cryptocurrencies and cash. It could reduce the number of financial frauds, may mitigate counterfeiting and tax evasion attempts and generally drive the safety and stability of financial institutions.

As a practically costless medium of exchange, CBDC will improve the efficiency of the payments system. For example, per a recent IMF study, the introduction of CBDC will lead to more rapid and secure settlement of cross-border financial transactions.

The adoption of CBDC becomes more pertinent as the payments system is continually expanding and evolving to include multiple traditional and non-traditional participants, which will act as financial services providers.
China has been steadfast in its approach to CBDC and announced last year that it will soon replace its cash in circulation with a new digital currency. In July  2020, The Bank of Japan announced that it was testing the tokenisation of the Japanese yen.

Mastercard is leading the charge and handholding central banks as they inch closer to CBDC. These financial institutions will in turn open up new business opportunities for the company as they look to tie up with payment networks for CBDC issuances.

Another company in the same space Visa Inc. (V - Free Report) has also been engaging with policy makers and global organizations to help shape the dialogue and understanding of digital currencies. This includes the payment facilitator’s work with the World Economic Forum and its collaboration on a set of policy recommendations for the central banks exploring the concept of CBDC. 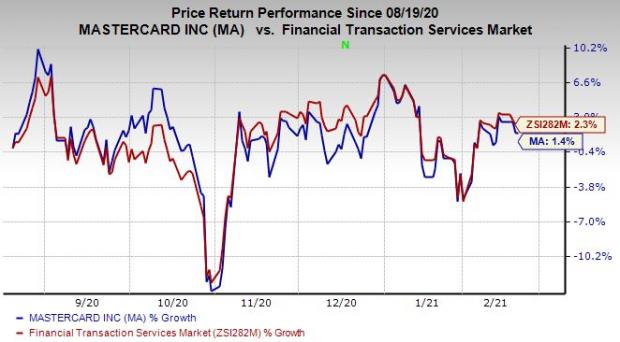 The Zacks Consensus Estimate for 2021 earnings per share for WEX Inc. and Diebold Nixdorf is pegged at 35.1% and 182.05% growth, respectively.

Will Separation of Life and Retirement Unit Aid AIG's Growth?