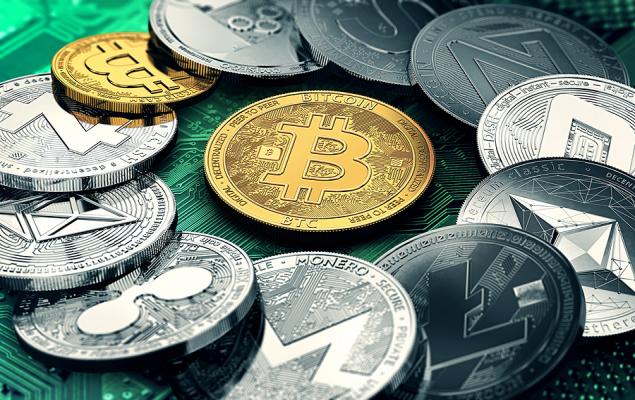 4 Stocks to Make the Most of the Bitcoin Boom

Skeptics may consider bitcoin a speculative asset but it still has had a fabulous run so far this year. The world’s No. 1 cryptocurrency surpassed a milestone on Feb 19 as its market value topped $1 trillion for the first time.

Per research company CoinMarketCap.com data, a single bitcoin climbed to a record high of $53,910.44 on Feb 19, briefly helping the world’s most popular cryptocurrency to peak at $1,002,547,798,785, as quoted in a MarketWatch article.

The world’s No. 1 digital asset, in reality, has soared more than 85% year-to-date, the MarketWatch article further stated. In comparison, the broader S&P 500 has gained around 4.5%, the Dow advanced 3.3% and the tech-heavy Nasdaq more than8%. Gold prices, in the meanwhile, have dropped almost 6% so far in 2021.

But it’s just not this year. Bitcoin has been gaining traction for quite some time now. Last December, the bitcoin price breached the coveted $20,000 mark. In fact, there was a spike in the digital currency way back in the year 2017 on frantic buying of bitcoin by retail investors across the globe.

So, why is bitcoin scaling north at the moment? Of course, speculators to institutional investors have shown keen interest in the digital currency. Big firms like Tesla, Inc. (TSLA - Free Report) and Mastercard Incorporated (MA - Free Report) have provided support to crypto, with the electric car maker investing $1.5 billion.

Tesla said that it plans to accept bitcoin “as a form of payment for our products in the near future, subject to applicable laws and initially on a limited basis, which we may or may not liquidate upon receipt,” as mentioned in another MarketWatch article. At the same time, beginning this year, Mastercard said that it will provide support to bitcoin on its network.

Other notable companies that recently backed cryptocurrencies including bitcoin are PayPal Holdings, Inc. (PYPL - Free Report) and Square, Inc (SQ - Free Report) . PayPal Holdings may have earlier expressed concerns about bitcoin but is now letting its users as well as merchants make and receive payments in crypto.

By the way, American payment company, Square, now has bitcoin as part of its balance sheet reserve. In fact, bitcoin is now considered to be a safe-haven asset that could easily act as a hedge against inflation and any kind of market volatility. Lest we forget, the coronavirus outbreak in recent times has resulted in a lot of market gyrations.

Interestingly, with big companies favoring bitcoin, it’s quite possible that retail investors also show considerable interest in the world’s most popular cryptocurrency in the near term, something they have refrained from in the midst of the pandemic. Nonetheless, several renowned Wall Street investors like Paul Tudor Jones and Stanley Druckenmiller have supported bitcoin, while the founder of Miller Value Partners, Bill Miller, remained bullish on it.

On such an encouraging note, it’s imperative for astute investors to look out for stocks that are gaining from the rising bitcoin trend and also from the technology that supports it -- blockchain. No doubt, as mentioned above, both PayPal and Square are well-poised to gain as of now.

Presently, PayPal has a Zacks Rank #3 (Hold). The Zacks Consensus Estimate for its current-year earnings has moved 1.6% up over the past 60 days. The company’s expected earnings growth rate for the current year is 17.8%.

Square also has a Zacks Rank #3 at present. The Zacks Consensus Estimate for its next-year earnings has risen 2.7% over the past 60 days. The company’s expected earnings growth rate for the next five-year period is 33%.

Meanwhile, in the cloud computing space, tech behemoth Microsoft Corporation (MSFT - Free Report) is facing stiff challenges from its competitors. The company has introduced Azure blockchain service to stay ahead in the race. Microsoft currently has a Zacks Rank #2 (Buy). The Zacks Consensus Estimate for its current-year earnings has moved 9.1% north over the past 60 days. The company’s expected earnings growth rate for the current year is 27.4%. You can see the complete list of today’s Zacks #1 Rank (Strong Buy) stocks here.

JPMorgan Chase & Co. (JPM - Free Report) , by the by, is another company that has made a digital coin better known as JPM Coin to make payments instantly using blockchain technology. JPMorgan currently has a Zacks Rank #3. The Zacks Consensus Estimate for its current-year earnings has advanced almost 15% over the past 60 days. The company’s expected earnings growth rate for the current year is 19.5%.