Koppers Holdings Inc. (KOP - Free Report) logged profits (attributable to the company) of $18.6 million or 86 cents per share for the fourth quarter of 2020, down from a profit of $20.6 million or 96 cents a year ago.

Barring one-time items, adjusted earnings were 75 cents per share for the quarter, up from 34 cents per share a year ago. Earnings, however, trailed the Zacks Consensus Estimate of 77 cents.

Koppers recorded revenues of $393.1 million for the quarter, up around 3% year over year. It was in line with the Zacks Consensus Estimate. Sales were driven by favorable impacts of currency swings.

Sales from the Railroad and Utility Products and Services segment went down around 1% year over year to $168.2 million in the reported quarter. The decline was due to decreased crosstie volumes, offset by improved demand for utility poles in the United States and Australia, and higher activities in maintenance-of-way businesses in the United States.

The Performance Chemicals unit recorded sales of $129.9 million in the quarter, up around 24% year over year. Sales were driven by sustained demand for copper-based preservatives in the United States and improved industrial and agricultural demand in international markets.

Sales from the Carbon Materials and Chemicals division fell 12% year over year to $95 million. Sales were impacted by reduced prices and volumes for carbon pitch globally and lower demand for phthalic anhydride in the United States that more than offset higher demand for carbon black feedstock in Australia and carbon pitch in Europe.

The company also expects investments of $105-$115 million in capital expenditures this year. It also plans to cut debt by around $30 million in 2021.

Koppers’ shares have gained 51.7% over a year compared with 33.5% rise recorded by the industry. 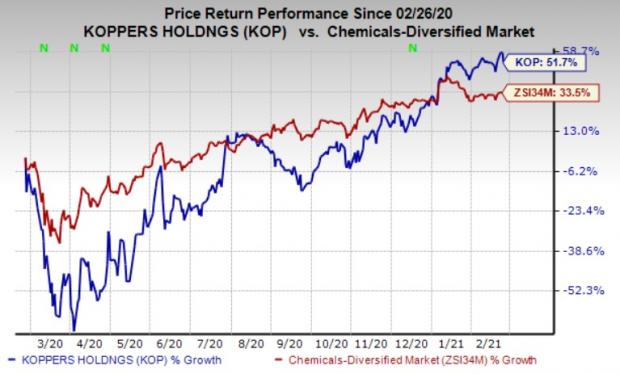 Impala Platinum has an expected earnings growth rate of 195.9% for the current fiscal. The company’s shares have rallied around 69% in the past year. It currently carries a Zacks Rank #1 (Strong Buy). You can see the complete list of today’s Zacks #1 Rank stocks here.

Fortescue has a projected earnings growth rate of 84.3% for the current fiscal. The company’s shares have surged around 184% in a year. It currently sports a Zacks Rank #2 (Buy).

BHP Group has a projected earnings growth rate of 65.6% for the current fiscal year. The company’s shares have shot up around 71% in a year. It currently carries a Zacks Rank #2. 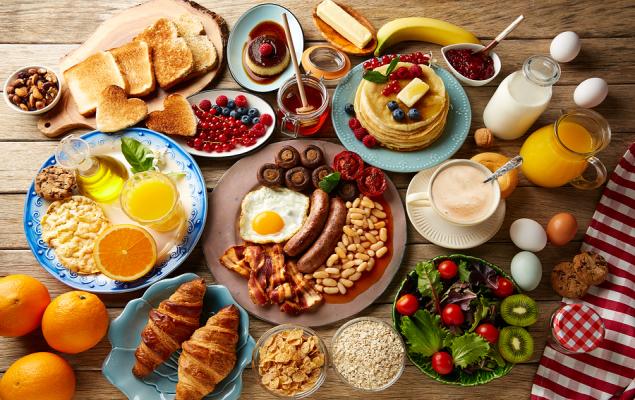