The Nasdaq tumbled 3.5% during regular trading on the second to last trading day of February, with the S&P 500 down 2.5%. Thursday’s rout spread far and wide and investors continued to sell high-flyers such as Tesla (TSLA - Free Report) and Nvidia (NVDA - Free Report) , while also dropping the global titans like Apple (AAPL - Free Report) to Microsoft (MSFT - Free Report) .

Wall Street is currently ramping on its bet on more government spending and a major economic rebound, driven by a successful vaccine rollout, which conjures up inflation talk. The rising yields also highlight the somewhat stretched valuations of tech stocks.

Nonetheless, the pullback from all-time highs just a few weeks ago comes as fourth quarter financial results continue to come in far stronger than projected.

More importantly, the earnings outlook for 2021 continues to improve and the Fed has once again committed to keeping its interest rates low and maintaining its easy-money policies. And with many of the biggest names in tech still boasting impressive fundamentals, the downturn might be nothing more than profiting pulling from stocks that have skyrocketed since last March.

Let’s also remember that pullbacks and corrections are healthy aspects of all markets. Stocks could clearly keep falling, but calling the bottom and the top of markets is nearly impossible. Therefore, investors with a longer-term outlook might want to consider buying some names they like on the dip.

With this in mind, here are three cheap tech stocks trading for under $20 a share that investors might want to consider buying amid the market pullback…

Infosys is an India-based leader in next-generation digital services and consulting. The company helps its clients, which include the likes of Vanguard and Daimler, undergo digital transformations. INFY has boosted its cloud services and it has expanded its relationship with Snowflake (SNOW - Free Report) and other tech firms that help it gain exposure. The company topped our Q3 earnings and revenue estimates in mid-January, and some of its newer initiatives helped it drive record large deals of $7.7 billion.

Infosys has grown its annual revenue at a high-single-digit clip for five straight years. Zacks estimates now call for its fourth quarter revenue to jump 11%, with its fiscal year sales projected to climb 6% to reach $13.55 billion. INFY’s revenue is then expected to climb 12% higher next year to come in at $15.22 billion. Meanwhile, its adjusted earnings are projected to climb 13% and 11%, respectively during this stretch.

INFY has a solid history of quarterly earnings beats and its overall earnings outlook has improved since its Q3 report. Infosys, which is a Zacks Rank #3 (Hold) at the moment, is up 37% in the past six months to more than double its Computer Software Services Market. This outperformance trend extends over the last three years, with the stock up 100% vs. its industry’s 60%.

A recent pullback has put INFY about 9% off its January records and pushed it to 47 in terms of RSI. This moved it underneath so-called neutral levels of 50, after it climbed above 70, or the overbought threshold on the Relative Strength Index, in January.

Infosys grabs a “B” grade for Growth in our Style Scores system and it trades at a discount compared to its industry at 26X forward 12-month earnings vs. 38X. Plus, five out of the 10 broker recommendations Zacks has for the stock are at “Strong Buys.” The digital services and consulting company also operates in a growth space, as businesses of all types must adapt to our data-heavy digital world.

Himax is a fabless semiconductor firm focused on display imaging processing technologies. The company’s solutions are used in everything from TVs, laptops, and smartphones to navigation systems, virtual reality devices, and more.

HIMX had a bounce back year in 2020, after its sales dipped in FY19. More importantly, its growth kicked into high gear in the second half, with Q3 revenue up 46%. It fourth quarter sales, which it reported on February 4, then surged 58%. In fact, both its sales and gross margin hit record highs in the fourth quarter.

HIMX’s adjusted Q4 earnings also climbed from $0.01 a year ago to $0.20 a share. Overall, its FY20 revenue surged 32% and it has seen strong momentum across all of its core segments.

Executives are also confident about its ability to thrive amid the current chip shortage. “The overall semiconductor industry supply will not have any significant increase any time soon, while strong demand is likely to persist longer than expected. In such an environment, Himax is a preferred supplier to work with for our sizable scale, diversified vendor pool and extensive product offerings,” CEO Jordan Wu said in prepared remarks.

Himax’s earnings outlook has surged recently to help it grab a Zacks Rank #2 (Buy). Looking ahead, Zacks estimates call for its FY21 revenue to climb another 38% to hit $1.22 billion, with FY22 projected to jump 8% higher. Back-to-back years of 30% growth is certainly impressive and both mark HIMX’s strongest revenue growth since going public. Meanwhile, its adjusted fiscal 2021 earnings are projected to skyrocket 283%.

Investors had cheered its second-half of 2020 performance, by pushing HIMX stock up 240% in the past six months and around 80% in 2021. This recent run helped Himax surpass its previous records of roughly $14 a share that it hit back in 2017.

But the recent tech selloff, including Thursday’s big drop, has the stock trading 25% below its mid-February records of over $17 a share. The pullback has also taken HIMX down from its recently-overbought RSI levels of 85 back to nearly neutral at 54.

Alongside its cheap price tag, HIMX trades at a huge discount to its highly-ranked industry at 2X forward 12-month sales vs. 8.6X. Himax also sports “A” grades for both Growth and Momentum in our Style Scores system. And it provides exposure to the broader display space that plays an integral role in our device-heavy world.

INFN topped our Q4 estimates on February 23 and it grabs a “B” grade for Momentum in our Style Scores system. INFN’s 2020 revenue jumped 5% and Zacks estimates call for its FY21 sales to climb another 6% to $1.44 billion.

Infinera shares have surged 75% in the last two years to match the Zacks Tech sector. The stock has also popped 30% during the trailing six months to easily beat the Computer-Networking market’s 10% average climb.

INFN stock has seen investors take profits after it hit 52-week highs in December. Infinera now trades 15% below its recent highs and has tumbled down to 40 in terms of RSI (from over 70 in Dec.), which has it approaching the oversold threshold of 30.

Despite its recent strength, the stock has continued to trade at a solid discount compared to its industry in terms of forward 12-month sales, at 1.2X vs. 3.6X—this represents even better value against the broader Zacks Tech sector’s 4.9X. Infinera lands a Zacks Rank #3 (Hold) at the moment and it has blown away our EPS estimates in the last three quarters. Investors should also know that the stock traded for over $20 a share back in 2015. 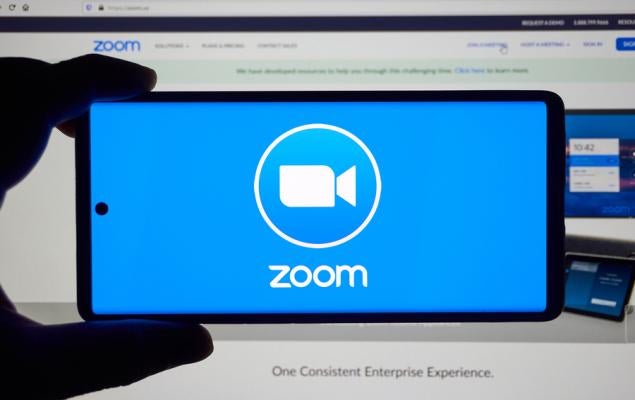